How looting became part of our DNA

Book makes us question if corruption will ever end 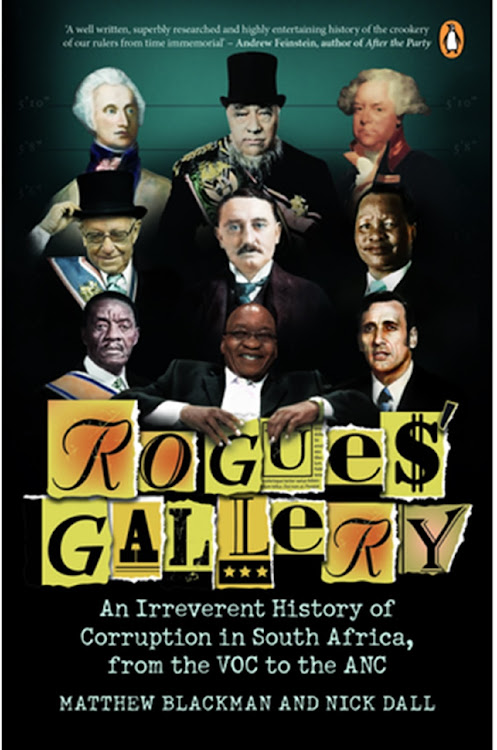 Book: Rogues Gallery: An Irreverent History of Corruption in South Africa, from the VOC to the ANC.
Image: Supplied.

Book: Rogues Gallery: An Irreverent History of Corruption in South Africa, from VOC to the ANC

A few weeks ago, our beloved country was frozen in horror at the violent looting that besieged businesses in Gauteng and KwaZulu-Natal. We were all gripped by the madness we saw in news headlines and of luxury car drivers allegedly looting shops and grown men gleefully biting into birthday cakes in stores.

As I was watching this, I had just closed the last chapter of Rogues Gallery: An Irreverent History of Corruption in South Africa, from the VOC to the ANC by Matthew Blackman and Nick Dall, who put their heads together to pen an explosive historical chronicle of the corruption and looting that has become a part of SA's DNA since 1652.

Of course, the looting that was in the news was largely carried out by desperate people in tough economic conditions, but crimes by top officials and those in power are not new problems to us, and this is explored in depth in this book.

The book is separated into four parts. Dall and Blackman, who manage to make such a serious topic darkly comedic, start us off with the first generation of Europeans who landed in the Cape in the 1600s with the likes of Willem Adriaan van der Stel who paid peanuts for wine from struggling farmers and sold it at exorbitant prices in Europe to enrich himself.

They then slink into the 1800s where the infamous and money-hungry Cecil John Rhodes had the gold and diamond rush in the palm of his hands. Part three is, of course, the apartheid-era when our very own Ku Klux Klan doppelgänger the Broederbond captured the apartheid state with their own criminal ways. The Broederbond, which literally translates to “Brother Bond”, was one of the most organised criminal organisations in SA that even the very racist Boer war general J.B.M Hertzog called them out in 1935 as evil in what has been described as one of the most sensational speeches in SA history. 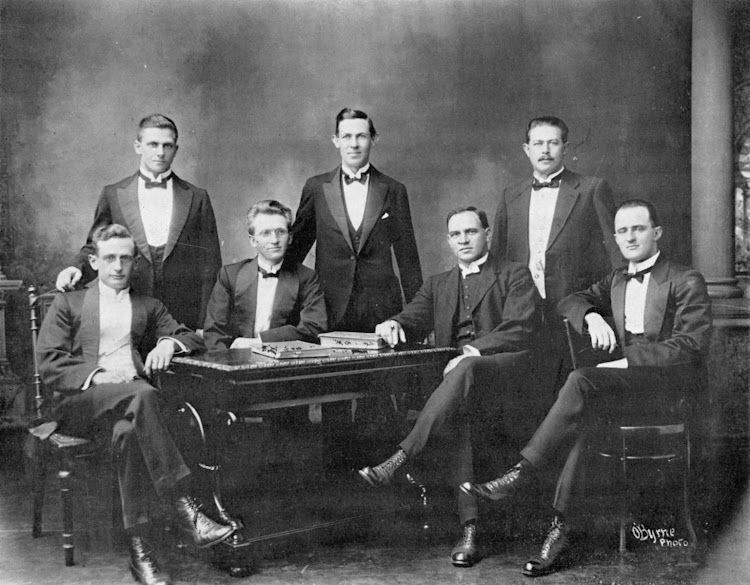 They explore how the likes of Connie Mulder and Eschel Rhoodie used effective apartheid propaganda to win over votes for the National Party from English speakers in SA and support of the international community.  They end off with former president Jacob Zuma's years, which we have all, unfortunately, had the pleasure to live through.

As I was making my way through the 300-page book, I couldn't help but think it should be part of the SA history curriculum in high schools. The ANC and Jacob Zuma are often the faces of corruption and it is important for us to understand where we come from and what space was created to allow the widespread corruption we are seeing now.

It makes us question if corruption will ever end. Rhodes' statue was still up in 2015 when the #RhodesMustFall movement was ignited by activist Chumani Maxwele, 120 years after his corrupt reign and Rhodes University still proudly bears his name. It begs the question: do we really hate corruption?

Blackman and Dall have written one of the most relevant books of the year and it will be interesting to see if the current government and the rampant plundering of Covid-19 funds end up giving these writers more content to end up with a series that could rival J.K Rowling's seven Harry Potter books.

Rogues Gallery is well-researched and the writers are well-informed. I recommend it to anyone who wants to understand the history of real thievery and thuggery in this country.

On Thursday, MPs in the portfolio committee on small business development together with the select committee on trade and industry, economic ...
News
5 months ago

Did the order to plunder, break down infrastructure and steal come from someone within their own ranks, hence the reluctance to bring to justice the ...
Opinion
5 months ago
Next Article