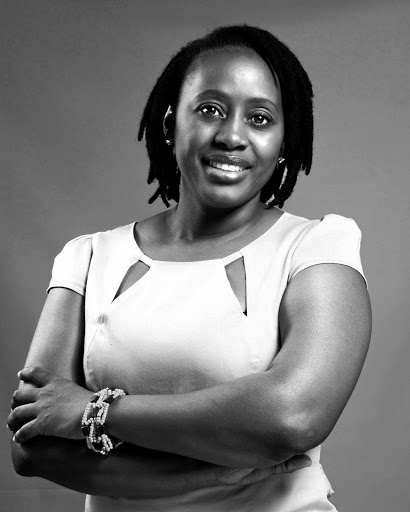 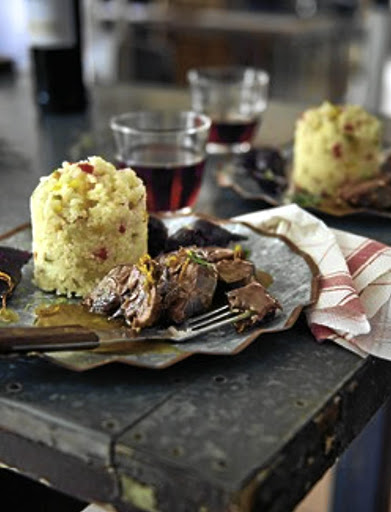 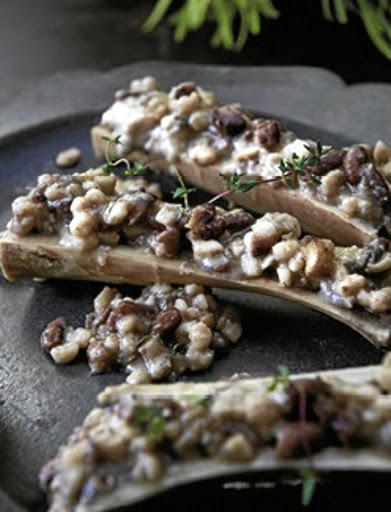 TITLE: Through the Eyes of an African Chef

Nompumelelo Mqwebu's cookbook, Through The Eyes Of An African Chef, tells of her packing her bags for a foreign land, only to realise that the treasure she was intently searching for was left back at home.

Mqwebu cooks traditional South African food in a sophisticated manner. Her dishes, eloquently put into small baskets and plates representing the spirit of Africa, range from amadumbe to mokoki and insima, and samp in bone marrow. Then there is honey-glazed springbok and mealie rice, with isijingi as a pudding.

"We have a rich heritage of food, which was organically grown. When you travel to Europe, people are only interested in how well you can cook South African food."

Mqwebu, a professional chef, described the challenges of her journey to Ballymaloe cookery school in Ireland.

"I had no money. I begged, I pleaded and I borrowed."

Mqwebu said it took her four to five years to actually have the book published because of the costs involved.

"I did an event for government, I told them I would cook for them. Then I told them 'by the way, there is a book so some of the money will go to the book'."

Mqwebu beat her financial challenges by saving a portion of the profits from the events she hosted for the cost of publishing the book.

Her passion to grow food organically has translated to local small farmers.

"I am working with several women farmers to assist them with growing vegetables organically. The women feel liberated when they grow their own food," she said.

Book is a gem for foodies who also love a backstory.
Good Life
4 years ago

Mqwebu said she worked with female farmers in Ellis Park and Alexandra township. "There are a lot of urban farmers around Johannesburg. One thing about black people is that even though they move to urban areas they will find a way of having a chicken run or growing vegetables, even if it is at the backof their yard."

Mqwebu, however, lamented the fact that our food had become Westernised.

"When you cook chicken that is supposed to be free range, it no longer takes four hours. It only takes an hour, which is a loss to our heritage.

"We need to question retailers and restaurants so they know how to cater for us.

"We hosted Darina Allen, owner of Ballymaloe, at an upmarket Cape Town restaurant and she wanted to know where the cheese came from and no one could answer, not even the chef.

"That is because in Ballymaloe the chefs get to meet their local producers and can ask questions about how the food was grown.

"Next time you see a product that says locally produced, ask by who," she said.

The mother of two is working on her second cookbook, that will cater for kids as well. Mqwebu was a head chef at Zimbali Lodge in KZN and has since started Africa Meets Europe Cuisine.