Presenting Our Perfect Wedding was tougher than I thought: Tumi Morake 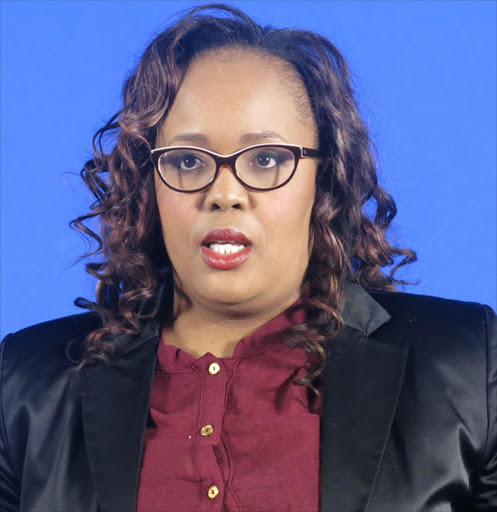 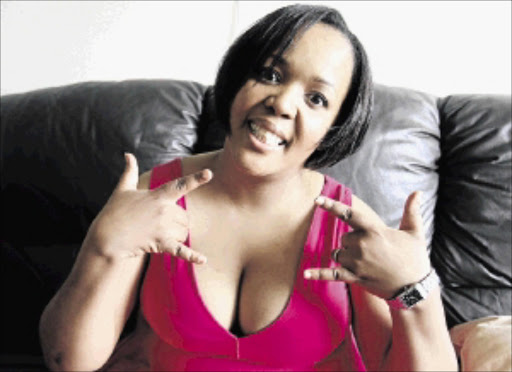 She is the first to leave the house in the wee hours of the morning and usually return home when everyone is already in bed.

Such is the busy life of Tumi Morake, who managed to squeeze in an interview with Sowetan in between the voice-over recordings she has to do during the day.

Life has become busier for Morake with her new gig on Mzansi Magic as the fourth host of Our Perfect Wedding which first aired on Sunday. The show is religiously watched by South Africans and is a sure-fire hit on social media.

All the preparations leading up to the wedding happen with the couple being followed by Morake and her crew. This makes for enjoyable authentic reality TV.

Morake steps in the shoes of forerunners Thuli Thabethe, Brenda Ngxoli and Phumeza Mdabebut for Morake, it has not been as easy as the cameras might make it seem.

"It was tougher than I thought it would be, really, kudos to Phumeza who made it seem easier than it really is," she says.

"I'm out of my comfort zone. What I like about it is that I'm conscious of every moment on set, because I've never presented before. I'm not a presenter," says the 33-year-old comedian, actress, and screenwriter.

Morake shares a funny anecdote from a shoot when a bride was expecting to see Mdabe instead of her. "The lady was like 'Uphi uPhumeza, uphi uPhumeza (where is Phumeza)?' And they told her that [I was the new presenter] and she just went 'Oh'. She literally had to go away and have a moment.

She only spoke to me the following day," says Morake, laughing hysterically.

When she was revealed as Mdabe's replacement, the general feeling was that because Morake is a comedian, she would fit well with the embarrassingly funny things that come with weddings.

Regarding her early mornings, long hours and late night arrivals at home, Morake says she communicated with her husband.

"I had a conversation with my husband and we were like 'let's be clear about how their [Our Perfect Wedding] schedule looks like and let's look at our own schedule' . when I signed the contract I knew what my needs would be," says the mother of three.

That she is married to an entertainer, actor and screenwriter Mpho Osei-Tutu, makes life a tad easier than it would have been had she married a normal nine-five working civilian.

"Luckily, I'm in a marriage with a dude who understands the industry and he's got my back. "But I just know pay-back is coming soon where he's going to have something and I'm going to have to agree to be a housewife for a little bit," she says .

The couple have been together since 2002 and have three kids - aged five, two and one - even with the unstable schedule they have.

"It's not that difficult leaving the one-year-old when I go work [and] the eldest is used to mommy being away. It's the second-born who's had a tough time adjusting to my busy schedule."

Morake says Our Perfect Wedding hasn't affected too much in her life except for her stand-comedy career.

"We shoot weddings on weekends and there are a lot of [comedy] gigs happening at that time.

"Sometimes I ask myself if I am losing time from doing the thing I love the most because I love stand-up more than anything.

"You can keep your television. Give me a stage and a live audience and I'm in my element," she says.

"I don't consciously go out to be a feminist. I went into my career at a time when there weren't many women doing it," she says, as she jokes about fellow comedian Mpho 'Popps' Modikane calling her the Bonang of stand-up comedy because she does so many things.

"For me, it's a thing of being a pioneer. I proved that a woman can sit on a level of a [comedians] David Kau, Kagiso Lediga or Loyiso Gola."

Although her other commitments take up much of her time, Morake plans to have a one-woman stand-up comedy show later this year to share some of the good material she's picking up while doing the wedding show.

"My plan after finishing with the show is to travel to smaller towns, which I already started doing last year, and do small shows.

"I'm hoping with that, by August I would have grown a nice hour-and-a-half set so I can have a one-woman show in Johannesburg."

You rarely see Morake at social events because she says she isn't about that life.

There are more chances of finding her with a glass of double vodka and lemonade at home with family.

"Most of my cousins are my friends, so I hang out with them at home most of the time.

"I also watch a lot of soccer," she says, adding that she's an ardent Kaizer Chiefs supporter.

She wants to leave a mark, like her mother who died in 2012 and was a renowned nurse in her community.

"My mother did it with the two things she was dedicated to, and that is people and nursing. I love comedy and I love people.

I want that in my legacy that I want to leave for my children."