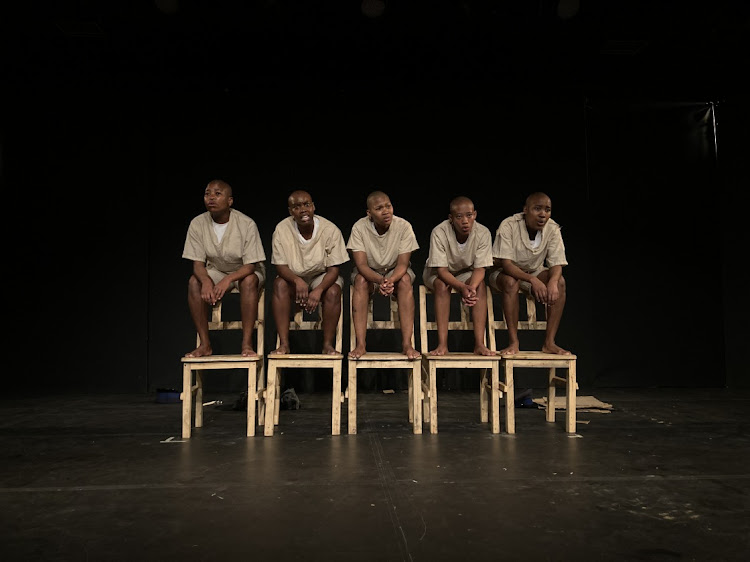 The cast of Asinamali at the National Arts Festival in Makhanda.
Image: Supplied

The first all female cast of Asinamali (We don't have money) bagged an award at the annual National Arts Festival (NAF) in Makhanda, Eastern Cape.

The classic play won a Silver Standard Bank Ovation Award when the festival ended on Sunday.

The cast walked away with R3,000 prize money.

The awards recognise grit, stamina and excellence of productions on the NAF’s fringe programme that are a cut above the rest, well received by audiences and leave a lasting impression.

Standard Bank Ovation Awards panel co-convenor Ranique Roberts said: “I adjudicated a performance and left in tears. Not only was I moved by the performance, but also the heartfelt energy the patrons shared.

“Dancing and singing along, I looked around the room in admiration of how this performance had brought together every single person in the room, no matter their age, race or background. It was a full realisation that the arts are back!”

One of the judges, Kutlwano Kepadisa, said this year, the awards really affirmed the work that artists do.

“The awards encourage artists to keep creating and producing. There were some incredible productions at this year’s festival and a lot of them from young, unknown and upcoming creatives. The Ovation Awards are an endorsement of quality to shows which may otherwise not have been seen or known. It has been an education being involved in this year’s Ovation panel.”

Winners in the Gold Standard Bank Ovation Award include Île, Malifezeke, Nakanjani and Emsini. Other Silver Standard Bank Ovation Award winners include Impossible!, The Gukurahundi Genocide, The Vocal Explosion (Amazing Grace), Asanda Mqiki, Whistleblowers, My Weight and Why I Carry It, Matchbox, May I Have This Dance, The Outline, Moodship, and NSFW – Not Safe for Woke.

For the past 37 years, the classic story Asinamali (We don't have money) has been told only by male actors.
Entertainment
1 month ago

Siyasanga Papu hopes her lead role on the award-winning stage production XOVA will highlight realities that fatherlessness bring to mothers who are ...
Entertainment
1 month ago

Organisers of the annual National Arts Festival that takes place in Makhanda, Eastern Cape, will have to move instantly to adjust venues and online ...
Entertainment
1 month ago
Next Article