Veteran broadcaster hailed for her contribution to journalism, communications and linguistic heritage 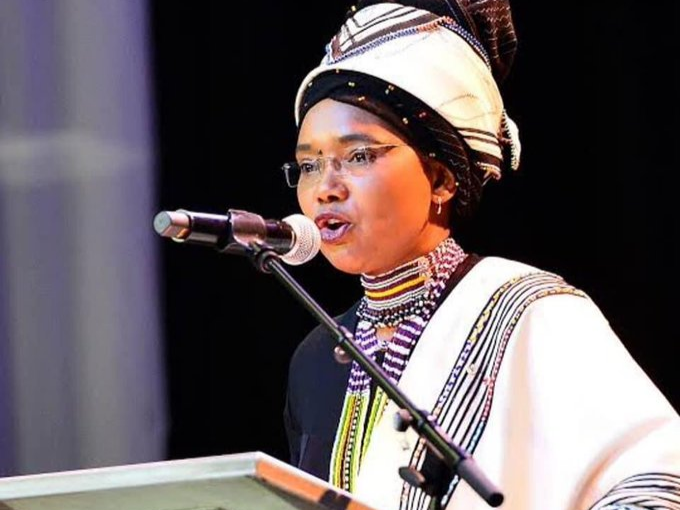 Noxolo retired from the SABC last year after 37 years at the broadcaster.

Noxolo read her last isiXhosa news bulletin to 3.8-million viewers on March 30 2021. The university described as invaluable her contribution to journalism, communications and linguistic heritage.

Noxolo’s rise at the SABC was commended by the university. She started at the public broadcaster as a typist in 1983 before she landed a position as a current affairs producer.

“With her unique sense of humour and her inimitable knack for the isiXhosa language, Ms Grootboom represents many things Nelson Mandela University stands for, including the value of healing society from its brutal wounds while preserving the intellectual heritage of isiXhosa for families across the nation,” the university said.

“Her public service in SA society to translate stories and capture the mood while teaching younger generations the content and knowledge preserved in language makes her one of the few news anchors and storytellers who deserve the opportunity to be honoured by ukuthweswa isidanga (graduation) for the excellent work done in service to society for more than three decades.”

Several months after her exit, Rhodes University conferred an honorary doctorate on her for her contribution to journalism and “for her significant promotion of national pride and culture through her journalistic career” .

Rhodes University vice-chancellor Dr Sizwe Mabizela described her as an advocate of the isiXhosa language.

“Our nation owes her an unpayable debt of gratitude and appreciation for all she has done to give much-needed hope to many South Africans in times of national loss and despair, and for being a passionate advocate of the isiXhosa language in our society,” he said.

“Mam’ Noxolo read the news so beautifully and with such pride.”

The South African Broadcasting Corporation (SABC) congratulated Noxolo on her latest accolade and said she left a legacy within its newsroom, mentoring, inspiring and setting a high standard.

"This is yet another accolade which celebrates her contribution and role in delivering news to the South African public, through the isiXhosa news on SABC 1. In her 37 years at the public broadcaster, Ms. Grootboom was known for her work ethic, commitment to her job, as well as the development and use of isiXhosa as a language within the context of news story telling," Ms. Deidre Uren, Acting Group Executive: News and Current Affairs, said.

The veteran broadcaster was bestowed with an honorary doctorate at Rhodes University.
Pic of The Day
7 months ago

A total of 3,832,686 people tuned in to hear Noxolo say "Ndi nithanda nonke emakhaya" one last time.
Entertainment
1 year ago

Noxolo overwhelmed by the love she gets as she retires

Seasoned Xhosa newsreader Noxolo Grootboom, who hung up her mic yesterday after serving the SABC for almost four decades, says retirement will ...
Entertainment
1 year ago
Next Article