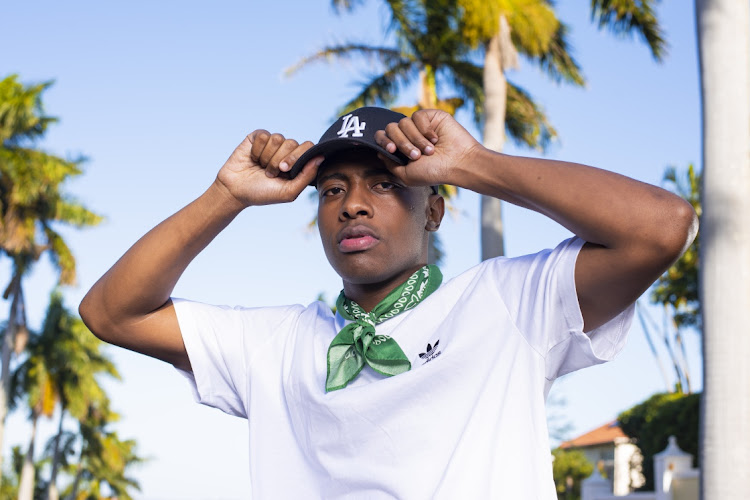 A feature with American rapper and hip hop legend Snoop Dogg has inspired 25-year-old Durban rapper Phonixthecool to create his own music – releasing his debut single titled No Stopping under Def Jam Recordings. ​

Phonixthecool, Mzansi’s hip hop artist best known for his West Coast influenced rap style, is one of the two local artists feature in Snoop Dogg’s latest album, Algorithm Global Edition, which was released in December. The other SA artist in the album is Lucasraps.

This came as a result of Phonix relentless drive to excel in the music industry using West Coast rap style, a sound that is not big on the SA music scene but captivated him as early as his formative years.

He has gone on to release his debut single No Stopping under Def Jam Africa and will be dropping an official music video to the song on Friday.

“The West Coast influence came from my family members and what I grew up listening to. My dad and my uncles would play the likes of Ice Cube, Dr Dre, Snoop Dogg,  and I was heavily exposed to the old school West Coast hip hop. So when I decided to start music, that is all that I knew,” he says.

The West Coast sound is a hip hop genre that originated in Los Angeles and is a mixture of G-Funk and gangsta rap.

Not wanting to fold to what hip hop looked like locally and because of how deep his love for the sound is, he dedicated two years of his career reaching out to international promoters, DJs and managers in Los Angeles.

“It has been difficult to find my fit within SA. I failed to convince people around me about the sound and not only people in my area, but also people in my city in general. I knocked on so many doors and people just didn’t understand the sound and that is why I realised that I had to use social media to reach broader markets,” he said.

By doing so, he grabbed Snoop Dogg’s interest, which led to the music legend contacting him.

“I first got a message on social media from his manager Kevin, and when I opened it I saw a video of Snoop Dogg where he was complimenting my sound and encouraging me to keep doing what I am doing. Upon responding to his message, thanking him obviously, Snoop immediately followed me on Instagram and DM’d me asking for my contacts so we can work together and the rest is history,” he said.

“Knowing that my work is heard by such legendary people is very motivating. It has given me a sense of believing more in what I do, against what is popular out there. Because if you look at how much I have managed to achieve so early on in my career, just on my hard work and not following trends. It begs the question of how much more I can achieve moving forward,” he said.

Prior to the feature, he was silently making moves and featured on rapper The Game’s 2019 mixtape, which earned him shout outs from the likes of Phat Joe for his sound and work.

Totally representing the West Coast culture, Phonixthecool’s upcoming second single is titled Coldest Walk in Africa, and will be yet another embodiment of that.

“I plan to make this sound popular in SA by telling stories and sharing my passion. I am convinced there is a market locally and I am certain that I will find it,” he said.

An unidentified woman has filed a civil lawsuit that accuses American rapper Snoop Dogg of sexual assault and battery after she attended one of his ...
Entertainment
3 months ago
Next Article