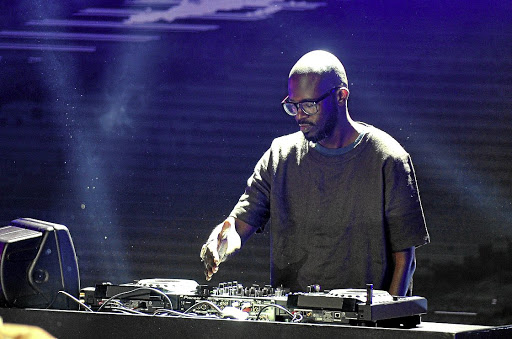 The EP features popular classics that have been given a rejig.

The artists to have worked with Black Coffee are Sun El Musician, Da Capo, Muzi, Mpho Sebina and Nobuhle who feature on the first Gallo Remixed EP, Music Is Forever,  available to stream on Friday across digital platforms.

The songs were remixed under the watchful eye of Black Coffee, real name Nkosinathi Maphumulo, as executive producer.

“Working with these young artists and watching them dive into Gallo’s rich archives, while trying to choose a track that resonates deeply with them, is one of the most rewarding projects I’ve had the pleasure of being involved in,” Black Coffee said.

Black Coffee said he's proud of the work done on the tracks.

“Each one has done such an incredible job in paying homage to the original, while still putting their unique spin on the remix,” Black Coffee said.

Brenda Fassie’s Too Late for Mama, originally composed and written by Sello “Chicco” Twala in 1989, was chosen by Botswanan singer-songwriter Sebina.

Another Fassie hit Vulindlela has been reimagined by lauded Afrohouse producer Sun El Musician, and R&B songstress Nobuhle, with the duo delivering a refreshed pan-African version.

Self-taught producer and DJ Da Capo, joined forces with Maskandi legend Phuzekhemisi to remake “Imbizo”, and the result is a blend of textured indigenous sounds, fused with tribal ancestral vocal elements and drums that sounds a call to the dance floor.

Ngozi's Yakhal' Inkomo which has inspired poems, artworks and countless thought-pieces, and was chosen by electronic DJ and producer Muzi to reimagine.

Muzi’s version is a funk-rooted tune that takes this version of the jazz classic to a new audience.

Music Is Forever releases on 17 December 2021, across global streaming platforms including Spotify, Apple Music, Deezer, Tidal, YouTube Music as well as Beatport and Traxsource for DJ’s.