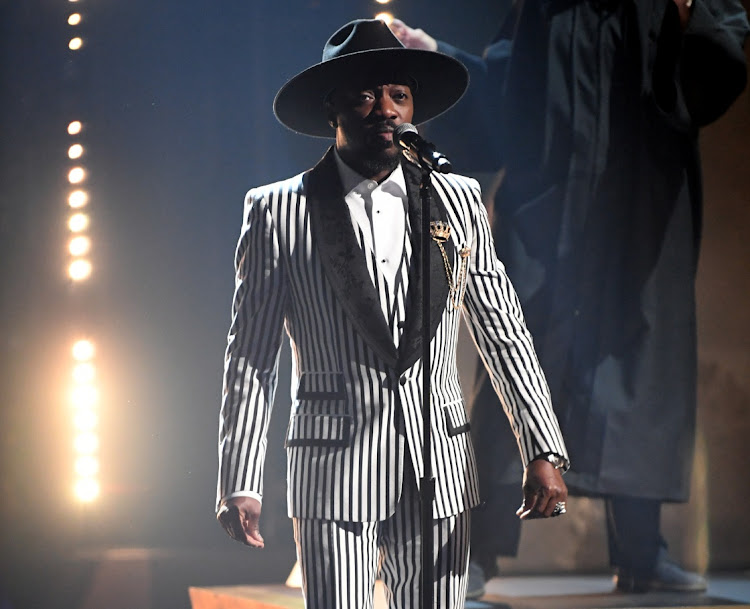 Anthony Hamilton made a surprise guest appearance at the 63rd Grammy Awards during rappers DaBaby and Roddy Ricch’s performance of Rockstar in the US.

Hamilton – a 14-time Grammy nominee – took it to church joining DaBaby and Roddy Ricch for a politically-charged rendition of Rockstar backed by a musical choir. The song was nominated for record of the year, but lost out to Everything I Wanted by Billie Eilish.

“[The year] 2021 has been better than 2020, I’m off to a great start with a little work now. Working a little bit, smart and safe,” Hamilton told Sowetan ahead of the performance.

The Charlene hit-maker turned 50 in January and he opened up to Sowetan about beating Covid-19 in December.

“Thank God I made it through. It was pretty scary and I had trouble with my breathing. I had to do the oxygen and I was in a hospital for two weeks,” Hamilton said.

“I lost a lot of weight because my body was going through a lot. I was fighting it and doing my breathing exercise; taking lots of vitamin D and C as well as what the doctors gave to me. Then God stepped in and I was like ‘yes’. Because I was not ready to go yet.”

Hamilton plans to release his seventh studio album in August. His last offering What I'm Feelin' dropped in March 2016. The song Mercy featuring Tamika D. Mallory is the teaser of what to expect from the unnamed album.

Taylor Swift, Beyonce and Dua Lipa lead the charge at the reinvented Grammy Awards on Sunday, where the music industry hopes to put a year-long ...
Entertainment
1 year ago

“We joined together. She (Mallory) was doing some activism stuff and fighting for our rights because we lost a lot of black men and people due to the senseless crimes by the police,” Hamilton said.

“The song is for the men who have been attacked and feel they can’t take a moment to just be comfortable. Tamika D. Mallory brings the love men need from black women to the song. It’s a powerful song.”

With 28 wins, Beyoncé made Grammy history by becoming the most awarded female artist, while Taylor Swift is the first female artist to ever scoop album of the year three times.

Rapper Megan Thee Stallion was named best new artist at the Grammy Awards on Sunday in a ceremony aimed at putting the coronavirus pandemic, which ...
Pic of The Day
1 year ago

Taylor Swift and Billie Eilish took the top prizes at the Grammy Awards on Sunday but Beyonce was the big winner on a history making night marked by ...
Entertainment
1 year ago
Next Article