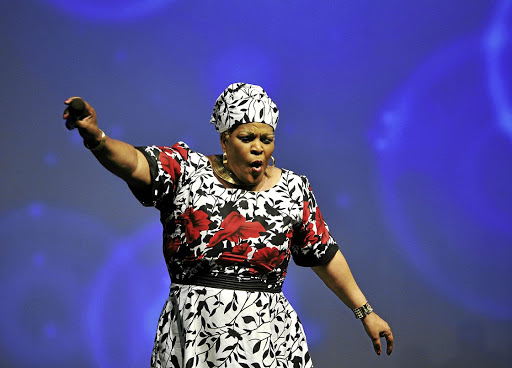 Deborah Fraser says her application for aid is yet to be approved. /Supplied

Gospel star Deborah Fraser has appealed to arts and culture minister Nathi Mthethwa for assistance as the Covid-19 pandemic has severely impacted the livelihood of artists.

Fraser, who is known for her hit song Hamba Sathane, is among the thousands of artists who submitted their applications for the relief fund set up by the department, but her application was among those yet to be approved.

"I personally have applied and never got any response and I am wondering why others got the relief money and others did not. The department needs to address this," Fraser said.

She added: "I work with a lot of artists because we live like a family in the gospel industry.

"But, the past two months have been hard for artists. If the situation is not changing artists are going to lose their houses and cars."

Fraser said she had even tried to share "whatever I have with others because I have a vegetable garden and livestock".

The department's relief fund, which received thousands of applications, has not been able to assist many artists who say they have now become destitute.

Many artists, especially those who are part of music groups, backing vocalists and veterans say since the Covid-19 lockdown began their situation had worsened.

Others have pointed out that they now survived through pension grants of their parents.

Masinga, a backing vocalist who lives with her parents and her son, told Sowetan that her entire family survives on her father's pension grant now.

Trade Union for Musicians of South Africa (Tumsa) has dissociated itself from a voice note that has been doing rounds, promising artists money if ...
Entertainment
2 years ago

She said the grant is not enough because they were also covering funeral policies and insurances from it.

"We also use the same grant to buy groceries that does not even last the whole month ... We cook some days and other days we only eat bread and tea," she said.

Masinga said the situation becomes so desperate that they have got used to running out of necessities such as washing powder, which they often can't even afford to buy.

"When the food gets finished we sleep on empty stomachs or ask relatives to help," Masinga said.

Veteran singer Phumi Maduna, whose career began in the 1980s, said: "I'm so angry right with how things are happening. I feel the department should have just shared the whole money equally to all of us because we are all musicians after all."

Limpopo-based musician Joyce Ledwaba, popularly known as Majoy, runs an after-school project where they teach kids dance, acting and singing. She said the situation was hard.

"I have people who work with me and they have their own families.

"The situation is difficult at the moment. I need money and food to assist them. I believe that even food parcels will help at the moment."

Nozipho Nguse, president of Cstahood Arts Foundation, which helps backing vocalists, said: "The biggest problem is that women are marginalised and oppressed by the industry. Even with the food parcels issue, artists are not treated equally."

Nelisiwe Dladla, the secretary and coordinator of Omama Besxaxa Music Organisation, said: "It has been a struggle because we are dealing with backing singers and legends that do not get booked regularly. The only way we can assist is getting them food vouchers."

Mthethwa announced earlier this month that his department had received 5,000 applications for its relief fund and that 1,050 have been adjudicated so far.

Out of the 1,050 that have been adjudicated, 232 were approved and 603 did not make the cut while 203 were referred back to the department for consultation.

For artists to receive the relief fund they need to prove that they were booked and were to perform at an event.

"They must submit cancellation document of the event.

Sport, arts and culture minister Nathi Mthethwa has expressed concern that many artists, athletes and technical personnel who applied to get a slice ...
News
2 years ago

The local music industry stakeholders have called on department of sport, arts and culture (DSAC) to reconsider a second call for funding after ...
Entertainment
2 years ago

Minister of Sports Nathi Mthethwa has announced a six-member adjudication committee to make recommendations on the applications from federations on ...
Sport
2 years ago
Next Article