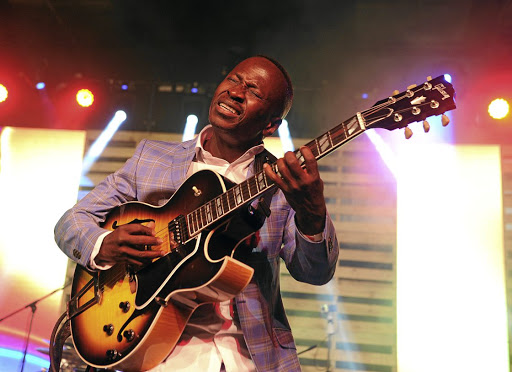 With enchanting musical compositions such as Seshego and Trrr...Phaaa, it's hard not to think of the warmth of the north and visiting your grandmother and relaxing with her under a marula tree.

The legendary musician has lived an interesting life. From selling apples in trains, working in a gold mine and being an usher at the Market Theatre in central Joburg, Selota has always been destined for eminence in the music industry.

It is no wonder that he is now celebrating 20 successful years as one of SA's leading jazz musicians.

"The first song I ever composed was Seshego. I was on a train going to Polokwane after discovering that Seshego [a township in Polokwane] is where my father comes from.

"I picked up my acoustic guitar and this melody came into my head and I just started playing it," he chuckles.

That was in 1988. Seshego was only officially released 12 years later when he released his first album called Painted Faces. Selota says although he didn't meet his father on that trip; the rough version of that song convinced his uncle that music was his calling. 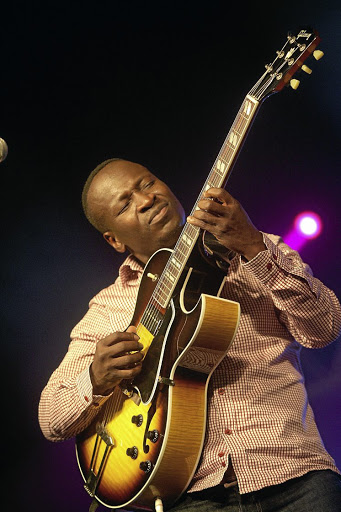 "After playing that song I knew that I could never forget it. I played the song and he [his uncle] was quiet; he told me that now he understands why I wanted to be a musician."

Selota, 55, grew up in a small village of Sekuruwe, some 60km north of Seshego.

He says he travelled to school using a bicycle as it "was far away". He grew up in a family that survived on land and cattle and where he learned valuable skills as a herdboy.

"I was raised by my grandparents and my mother. I looked after my grandfather's cattle because our wealth was in livestock and land. I learned to plough from my grandfather; I knew how to milk cows and how to keep the milk fresh. I even learned how to be a hunter."

A youth of cattle herding and hunting is brilliantly captured in his album Lapeng Laka (2008), through songs such as Tshwene, Mala a Mpsa and Thabeng.

As a pupil, Selota sold fruit at school, a trade skill he later applied on trains. He was not making enough money and ended up getting a job as a "spanner boy" at a Coca-Cola bottling firm in Polokwane.

Still a teenager, he ended up in the gold fields of then western Transvaal. He landed a job at Deelkraal Gold Mine in Carletonville, but life was hard digging into rocks in the dark underground.

"My mother did not know that I was going to the mines. She would have had a heart attack but I wanted to change our lives.

"The mines were a different ball game. For the first time I signed a contract and I was earning about R360 a month."

Selota worked as a miner from 1984 to 1987 before leaving to pursue his music dream in Johannesburg. 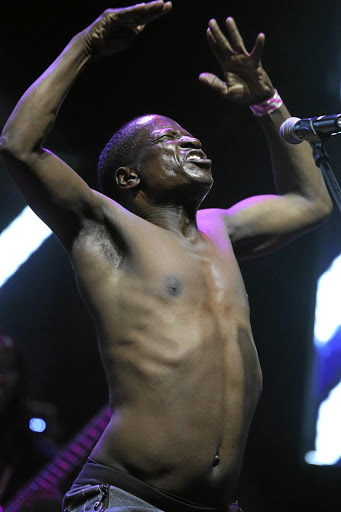 On the mines football was a big deal, and Selota was heavily in the sport as well but an injury to his wrist put paid to any dreams to a career in football.

"I could have become a soccer player, at the mines they used to call me 'Computer' after retired footballer Vusi Lamola because I played like him.

"If you call any of the guys who still work at the mine, they will not know who Selaelo Selota is... until you say 'Computer'.

"But once I realised that my soul resonated with music I went to my mine manager and told him I'm going to study mining metallurgy, in case I ever needed to come back," he laughed.

This was far from the truth, he ended up studying music theory at the Federated Union of Black Artists (Fuba), was a learning organisation created by black artists back in 1978.

The MaModiegi star, while studying at Fuba, also landed
a job as an usher at the Market Theatre. But in the same period he also had to deal with episodes of homelessness.

Selota also worked as a cleaner at Kippies jazz bar, at the Market Theatre precinct, where he learned performance from other artists. During his time at Kippies someone paid him R2 to play something on the guitar, and Selota played Miriam Makeba's Malaisha. It was one of the first songs he learnt how to play on the guitar.

"I realised that I could actually make money out of this."

Selota was also encouraged by the likes of actors Sello Maake Ka-Ncube and Mike Mvelase who acknowledged his talent. "They told me that I had something, so the Market Theatre became my home."

The music maestro says he is inspired by his culture, home and everyday life.

"My memories also evoke my melodies." His first guitar cost him R150, after a piano proved unaffordable to him.

"Gradually, I got more confident and I would even play music all day, people told my mother I was going to go crazy."

Selota sent his demo to many record labels which would not give him a break. "I became really discouraged to be honest."

In 1994, he went to study at the University of Cape Town where he completed a jazz degree, majoring in jazz composition and arrangement.

These formal skills merged with his natural talent turned him into a revered music producer, working on hit songs for the likes of Judith Sephuma.

Selota was eventually signed by BMG records in 1999 after stubbornly negotiating his record deal for Painted Faces, released in 2000. It was followed by more acclaimed albums. He's working on his next album and his 20th anniversary show at Freedom Park in September.

I ask him what he wants the Selaelo Selota legacy to be.

Selaelo Selota is unapologetic about his home lingo and music

" My culture is beautiful and when it meets music‚ something magical happens."
Lifestyle
3 years ago
Next Article