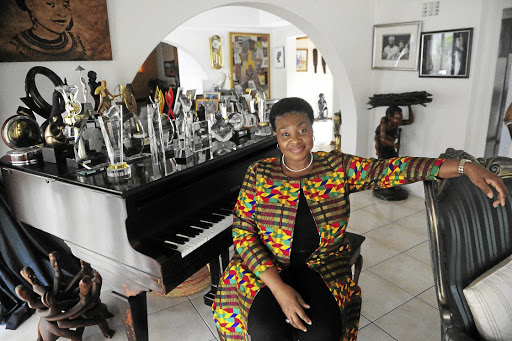 Chilling with Yvonne Chaka Chaka at her home next to her numerous accolades./Photos / Veli Nhlapo

Yvonne Chaka Chaka is happy being called Princess of Africa at 55 years old and she's not interested in graduating to be a queen.

On her 55th birthday on Wednesday, Sowetan visited Chaka Chaka at her home nestled in the heart of Sandton, Johannesburg.

Sporting an African print Lufi-D coat, she welcomes me into her home office and studio with President Cyril Ramaphosa's signature elbow greeting, thanks to the coronavirus outbreak. She offers me hand sanitiser before we sit down.

She points out that she recently repainted the space. Hanging on the freshly painted white walls are framed photos of all the glossy magazines that she has graced over the years, including Pace, Drum, Bona and True Love.

"I love the title [Princess of Africa] and I think I've lived by it. I love Africa and Africa loves me back," she says.

"I know the past years people were saying we want you to be the queen of Africa, but at 55 I'm still very happy to be called the Princess of Africa." 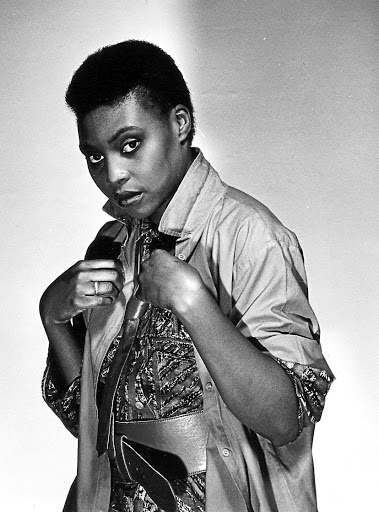 Chaka Chaka back in the 1980s as ‘Princess of Africa’.
Image: Supplied

We move the conversation to the kitchen where Chaka Chaka offers us a rainbow cake and tea. Behind the kitchen door hangs a plaque that immediately grabs my attention.

"Marriage is a relationship where one person is always right and the other is the husband," it reads. Chaka Chaka shares the home with her husband of 30 years, Dr Mandlalele (Tiny) Mhinga. The couple's four children - all boys - have moved out.

"Let me tell you, 55 feels like 20 because I have so much energy and young people around me," she says. "I think when I was younger I thought that when you are 50 you are going to die."

Her home feels like a museum showcasing her illustrious 35-year career. Countless awards she has collected are displayed all over.

Aside from pictures of her children, there are photos of influential people she has rubbed shoulders with throughout the years - Quincy Jones, Michael Jackson, Nelson Mandela and George W Bush.

"Music found me. My intention was never to become a musician," she shares.

Chaka Chaka is the accidental superstar. She fell pregnant in matric with her first born son, Themba. After giving birth at 19, she took a gap year to raise her son. But one day she accompanied a musician friend to record label Dephon Entertainment.

It was then that she met regular collaborator Phil Hollis. He was in search of a fresh-faced starlet to perform a song he was working on and asked Chaka Chaka to sing for him.

Although she was initially reluctant, Chaka Chaka sang and Hollis was blown away. He gave her lyrics to her first hit, I'm In Love With a DJ and she tirelessly rehearsed them.

"I had never been in a studio before, I was singing out of tune. They made me sing my lungs out," Chaka Chaka recalls. "They actually wanted me to sing the lyrics, but I recited them instead. So they loved it and asked me to start singing from the second verse. 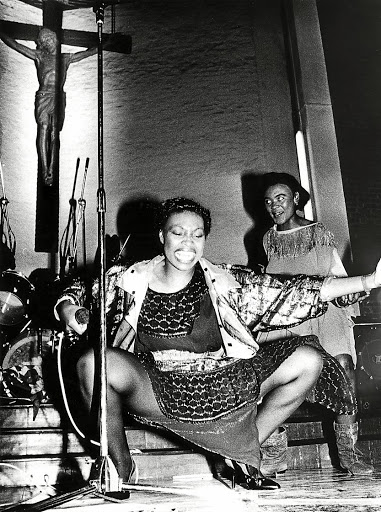 "That's how I was found. I was young and new - I didn't care that people thought I was a one-hit one wonder."

Before they parted ways in 1989, Hollis and Chaka Chaka worked on the biggest hits of her career including Thank You Mr DJ, I'm Burning Up and Umqombothi.

But unfortunately Chaka Chaka doesn't own the masters to those songs. After 30 years she says she is in negotiations to reclaim her masters.

"It's a lesson. I'm not bitter or angry. I want to buy them back and record companies have made enough money now after 30 years," Chaka Chaka says. "I'm negotiating that. I must own my music, it's mine. They have made their money and must give it back.

"Even though everyone thinks that Phil Hollis ripped me off, he taught me how to save money. I mean, imagine at 21 you are given a cheque of R500,000? That's a lot of money. Phil used to tell me that 'we are only going to give you R300,000 and the rest we will invest'. I hated him for it. He would tell me about long- and short-term insurance. I'm grateful to him."

When her career kicked off in 1985 Chaka Chaka started to tour Africa. Her first trip out of SA was to Lesotho, then Botswana and Kenya. Before long she became known as the Princess of Africa.

"Phil Hollis said to me 'it looks like Africa loves you'. He added, 'I want you to either be the queen or princess'. I chose princess," she recounts.

"In 1989 I went to Uganda and when I got to the airport people had placards. They told me 'we love you and you are our princess'."

In 1987, Chaka Chaka says she was making so much money that she decided to travel the world for a month. She visited the US and Europe. Chaka Chaka met Whitney Houston in Washington and Ray Phiri introduced her to Miriam Makeba in New York. Chaka Chaka and Makeba became good friends.

The one musician that Chaka Chaka had an interesting relationship with was Brenda Fassie. She says a lot of their animosity was exaggerated by the media.

"Brenda was Brenda, she was just that mad girl. But when Brenda was sober she was amazing," she says. 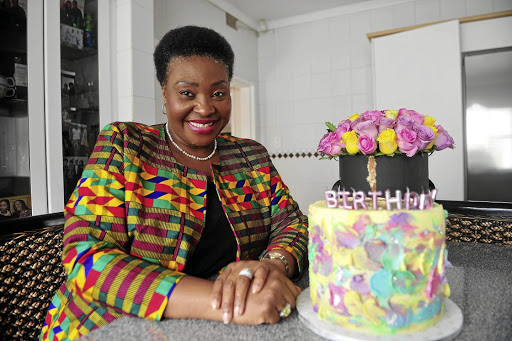 Her romantic life took a happy twist when Chaka Chaka was introduced to Mhinga by her sister, who is a nurse. At the time she was dating veteran musician Chicco Twala.

Chaka Chaka had a rash on her skin. Mhinga prescribed her medication and they became "good friends". They married in October 1989.

"He [Mhinga] has never been that pushy guy that wants to go with you everywhere. He is 12 years older than me," Chaka Chaka says. "He would just support me. People thought I was a gold digger and wanted his money since he is a doctor and I'm not educated."

Chaka Chaka is a grandmother of two. Her battle for her masters inspired her to found the BVSM (Backing Vocalists and Session Musicians) awards in 2015. They shine the spotlight on backing vocalists and session musicians who have been cast aside for a long time. The latest edition of the awards took place last Sunday.

She has also tried her hand at acting with roles in Muvhango and Giyani: Land of Blood.

Over her 25-year acting career Rami Chuene has come to be known for her strong, powerful female roles.
Entertainment
2 years ago

Singer Swazi Dlamini has snubbed Yvonne Chaka Chaka's awards just a week before they are staged.
Entertainment
2 years ago
Next Article