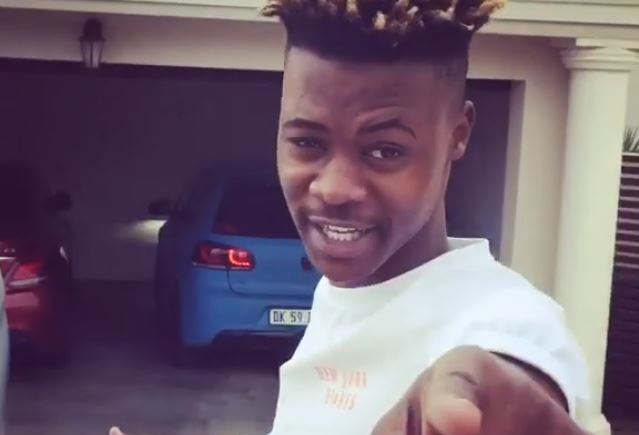 Soulful singer Mlindo the Vocalist has been involved in yet another horrific car accident that has left him feeling vulnerable.

“Mlindo lost control of the car when he was trying to turn on a sharp curve. His car overturned but fortunately he is okay. However, his car is a write-off.”

Nyiko said Mlindo was at his mother's house recovering from the trauma he experienced seeing  as the accident comes a month after his previous one.

“Mlindo is a very emotional person so we are trying to get him to recover at his mother's place. He's not injured but emotionally he's questioning the accident and the reasoning behind it.'

“We believe he will be fine. It's just one of those things.”

The star's accident comes just a month after he and his team had a near-death experience when they were involved in an accident in Durban.

At that time of the accident, Nyiko said  Mlindo wasn’t badly injured and was discharged from hospital after a day or two.

Mlindo the Vocalist discharged from hospital after Durban car crash

Mlindo the Vocalist is grateful to be alive after being involved in a car crash in Durban at the weekend.
Entertainment
2 years ago

Exceeding the behemoth of a masterpiece is never an easy task, but Samthing Soweto is doing it.
Entertainment
2 years ago
Next Article