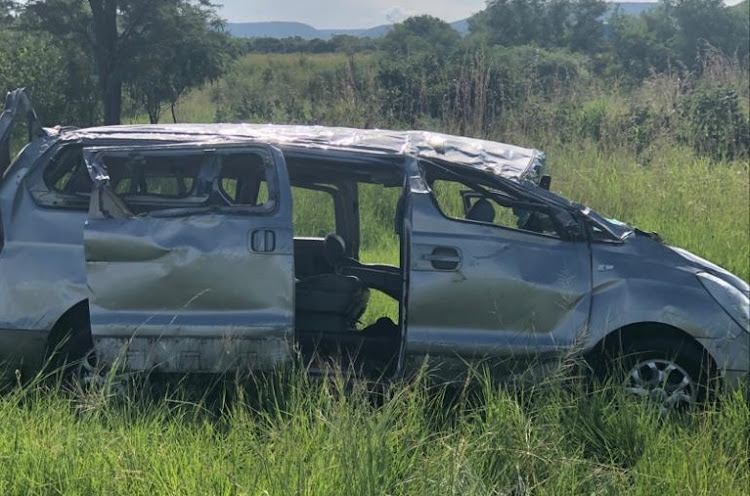 Three people died and eight were seriously injured in the crash.
Image: Saps

Three people died after their car rolled on the N1 near Mookgopong, Limpopo, police said on Monday.

“Preliminary investigations indicate that the vehicle, which was moving from north to south, experienced a puncture and the driver lost control.

“The vehicle veered into the opposite lane and started rolling,” Mojapelo said.

Three people, including two girls, aged seven and two, died in the crash.

Eight others suffered serious injuries and were taken to hospital.