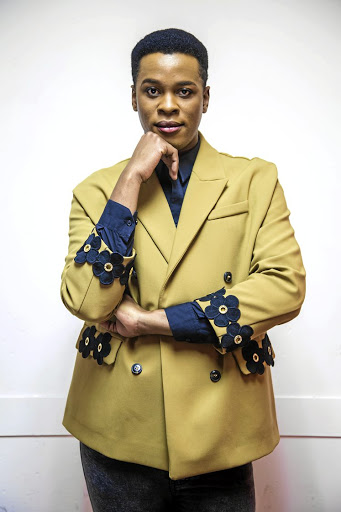 Mzamo Gcabashe never had to train as an actor as he learnt all he had to know on the job at Rhythm City.

Finally, a gay actor is cast in a leading role to portray an unapologetically layered, and honest queer storyline.

Perhaps the biggest gay storyline we ever had in local TV was that of Senzo and Jason in Generations. But the actors (Thami Mnqolo and Xolisa Xaluva) were straight.

"It has been comfortable for production houses to cast straight men in gay roles. For me it speaks volume for Rhythm City to give a person who is representative of the community such a chance," Gcabashe, 29, says.

"There are so many homosexual stories you can tell and I think it's best if they are acted by homosexuals. They are certain nuances that a straight actor would miss."

When gay men are cast in queer roles they are used in the storyline for comic relief.

Think of Moshe Ndiki's character Prince in The Queen - the actor is there to add colour. Those kinds of portrayals have for years bothered Gcabashe, who plays the role of Jamaica on the e.tv soapie.

"That's the one thing that made me happy about the storyline, they were not trying to make Jamaica a caricature," Gcabashe says.

"I mean, as far back as I can think, gay men have always been used as comic relief. I guess it's comical for hetero people because it's not something they take serious. I think it's about time that homosexual storyline have more of a human feel. We don't have to always be frivolous and empty."

While many might be juggling their allegiance between Ocsober and Ocsoze, this also happens to be the official pride month in South Africa.
SebenzaLIVE
2 years ago

In the current storyline, Jamaica starts an affair with ruthless and hetero married businessman Khulekani - portrayed by veteran actor Mncedisi Shabangu in a star turn.

When troublemaker Bash (Siphiwe Mtshali) finds out about the secret and tries to blackmail Khulekani, he has Bash killed.

"Even the directors were so open-minded that you can have a conversation with them to say this is not realistic," Gcabashe says.

"As much as we are playing, if we are going to have authentic stories only a member of the community can be that honest."

Gcabashe says he was more nervous than Shabangu in approaching those risque love scenes.

"You would expect him [Shabangu] to be awkward in this instance, but I was the awkward one. We didn't rehearse the kiss or even talk about it. It just happened in that moment.

"He is the most amazing person to work with. He is such a generous actor. At one stage I was so nervous and all in my head.

"He was just joking about it and saying he can't wait. He just made me feel at ease. I learned so much from him and for him to just be that open to allow us to go as far as we could."

Gcabashe joined Rhythm City in 2014, a few months after his stint on Big Brother.

He is not a trained actor and has had to learn everything on the job. This is his biggest storyline on the show.

"I just believe in perfect timing, because up until it happened I wouldn't have been as ready as an actor to have such a storyline," he says.

"I'm not trained as the other actors, so I had to learn through experience."

The Ndwedwe-born, KwaZulu-Natal, star has never had to come out as gay to his parents because they accepted him from the day he was born. He is the middle child of five children.

"I think the reason I'm so confident is in the way I grew up because from a very young age I was protected from homophobia," he explains.

"I grew up in a really secure and loving environment. I never came out to my parents because I didn't have to."