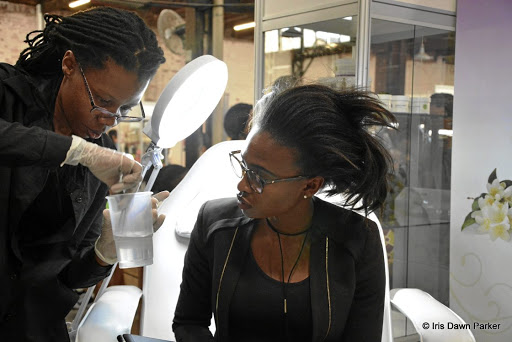 Having faced countless cases of physical and sexual assault, Kekeletso Khena's life aligned her for a journey as an activist.

From the tender age of 11, Khena worked as an activist with a particular focus on HIV/Aids education and training. "At about 14, I got raped," shares Khena.

But this was not an issue that ended as she was sexually assaulted when she was 15 and 18, eventually prompting her to leave school.

With her staunch work as a gender activist with a focus on the LGBTI+ community, Khena became despondent when she realised that the efforts she and her fellow activists had made did not effect much change.

Khena discovered that the best solution was to be found through enabling women to empower themselves through economic emancipation with her bio-technology company, K Squared Hair - a hair and scalp clinic that doubles up as a salon.

Of the many services on offer, at a price built for affordability, they include micro dermabrasion and microscopic services. The business includes sellers who trade in their local communities.

While the business helps ensure women are able to support themselves and their families should they exit abusive relationships, it also has a strong focus on supporting local distributors as well.

Do you know everything there is to know about credit life insurance.
SebenzaLIVE
2 years ago

"We use unique South African ingredients that we are using in the formulation of our products," Khena said.

"This plant comes from Limpopo. The minute we commercialise it you will have the likes of L'Oreal recognising that we have this unique resource in the country and the women in Limpopo can then begin to grow this ingredient so that it is available for extraction.

"In that way, we are empowering women in rural areas."

K Squared Hair has also been able to train its employees to carry out the diagnostics to help customers to have knowledge on selling their products, which then creates a ripple effect of job-creation within their respective communities.

Not only does K Squared create opportunities for the unemployed but it also buys into the value chain through a partnership with Council for Scientific and Industrial Research, which has allowed it to develop the specific technology that it uses in the making of the products.

Khena hopes to replicate the business model throughout the continent and encourage more sellers from outside the border who will help keep consumers informed.