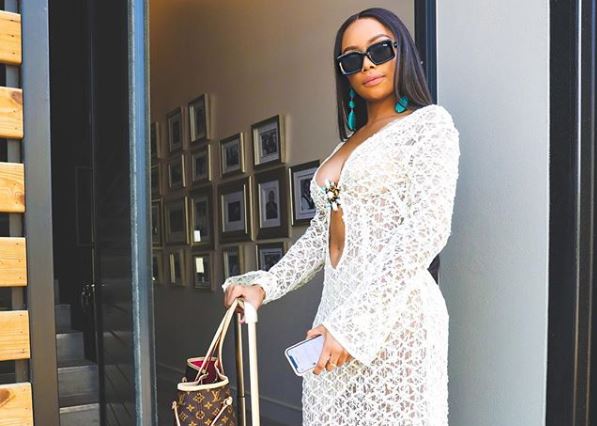 Bonang says she gets regular work because she's the best.
Image: Instagram/ Bonang

Bonang has clapped back at critics who claim she is so big only because she gets all the presenting jobs in South Africa.

Much of Mzansi was having a meltdown about Bonang's stellar hosting of the Miss SA pageant over the weekend, sparking a conversation about her presenting skills.

After the show, one fans claimed "Bonang is arguably the biggest celebrity we have ever had in South Africa". The comment drew mixed reactions, with one user claiming she was  "the biggest because they only give Bonang jobs".

The streets nearly went into civil war mode as they argued over the point.

Then Queen B pulled in and shut down the whole game with a simple clap back.

"I get those jobs because I’M THE BEST!" she wrote in response to the tweep.

Fans were crushing hard at the response, and used it in their argument with Trevor Noah fans over who was the biggest export.

The fight about who was better became so heated that it saw both Bonang and Trevor trend on social media.

Joining the debate, Mo Flava said there was no need to fight when both were slaying hard in their lanes.

"Forgive me for being a little slow, but what is the point of comparing Trevor Noah and Bonang? Both are exceptional in their areas of expertise. Both have done more than most. I’d rather applaud them both, but that’s just me."

Forgive me for being a little slow,but what is the point of comparing @Trevornoah and @bonang_m? Both are exceptional in their areas of expertise. Both have done more than most. I’d rather applaud them both,but that’s just me