Aluta a film role made to order for Nqobile 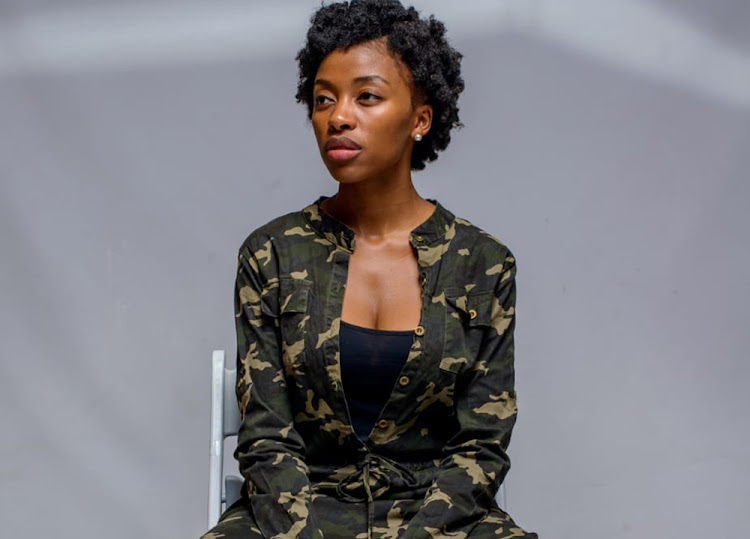 It often takes a long time for many actors to land a lead role in a film but for Scandal! star Nqobile Khumalo, it came sooner than she anticipated.

The 27-year-old who appears in the soapie as Hlengiwe and in The Herd as Dudu has scored a lead role in the SA action thriller Uncovered.

The action film is directed by Zuko Nodada and is set to premier next month.

Khumalo's impressive lead debut in the film will definitely make directors look at her talent with a different eye.

The star portrays the role of Aluta, and she acts alongside Fezile Makhanya, Thandeka Nodada, Sthandiwe Kgoroge, and Dumisani Mbebe, among others.

The Northcliff, Johannesburg-born and raised actress, who has been exposed to soapies and the telenovela environment, believes the role of Aluta in the film was just what the doctor ordered.

In spite of the extra hard work and tense preparation, Khumalo had a blast shooting Uncovered because she loves action.

"The role of Aluta is a dream role for me. I have been waiting for it. I love everything physical oriented and action is my thing. I grew up playing sport and running. Acting a lead has been stressful but it was a time of my life. It took a lot of energy and preparation," Khumalo says.

Uncovered is a story about a corrupt mining magnate and his escapades and how he is yet protected by people in government. The film was shot in Newcastle, KwaZulu-Natal.

Uncovered will show at the Durban International Film Festival that stars on Thursday (July 18).

'Scandal!' star Brighton Ngoma opens up about living with vitiligo

"It's not contagious, it's not painful," said the actor in a post marking World Vitiligo Day on Tuesday June 25.
Entertainment
2 years ago

In the film, Aluta and her sister have lost their parents mysteriously at a young age. They were both fortunate to get people who raised them and sent them to school.

Aluta becomes a hero of the community after her sister, who is a journalist, was killed while investigating the corruption at a mine.

Aluta, who is working for a mine, takes over the investigation as she tries to get to the bottom of it.

In trying to discover why her sister was killed, she uncovers a lot of corruption happening between the government and the mine. Khumalo's energy and fitness came in handy as her physicality is tested in the story.

"Uncovered is a beautiful South African story. It is relevant and honest. It touches on subjects that we don't want to talk about. But our job as actors is to put the truth in front of you. It is an amazing story."

Khumalo, a dropout journalism student, says working with experienced industry actors exposed her to a lot of information.

Khumalo, who has been acting professionally for seven years, fell in love with acting in high school. She says as much as she was good at sports, especially athletics, she changed her mind after her teachers pointed out that she was a "natural storyteller".

"I started to be interested in acting as a career when I was 16."

She has appeared in a number of drama series and telenovelas such as Rockville, High Rollers, Hlengiwe and Broken Vows.