Florence Masebe cut out for role of Madam President 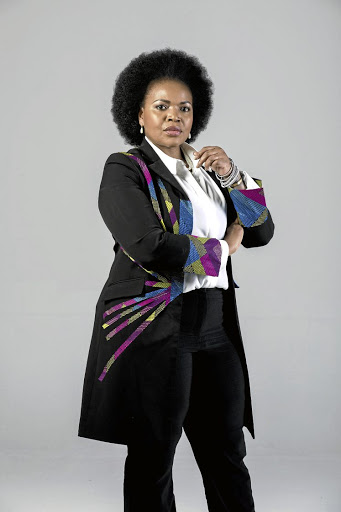 The 46-year-old actress portrays the fictional SA female president Lufuno in the Mzansi Magic drama series that debuted on Sunday.

The idea of female presidents has been played around with in popular culture, especially in US TV shows such as House of Cards and Quantico.

But locally, the trail-blazing Masebe is ushering in a new era in TV of more empowered female roles. The multifaceted character shows that female roles can extend to far more than a mother, wife, vixen and damsel in distress.

The show is the brainchild of Phathutshedzo Makwarela, revered for writing strong female roles for Connie Ferguson in The Queen and Sindi Dlathu in The River.

"I think I have been fortunate enough to have things come and grow with me as an actress and person. It's the perfect role to play right now," Masebe says. "It's such a beautiful honour. I'm glad that Phathutshedzo came up with such.

"Women are usually supporters. I take my hat off to Phathutshedzo for writing such a role."

Although she is not willing to speak on it, Masebe did extensive research to bring the role to life.

"My preparation for this role is mad. I probably won't say a lot of it now. As an actor you don't say 'I'm emulating so and so' because it then becomes extremely one dimensional. But our country and continent doesn't have a shortage of great female freedom fighters. So I have taken from many who are currently in leadership today and many who used to be leaders."

Florence Masebe helps heartbroken woman get tombstone for her son

Having shared the screen before with Mbangeni in Scandal! and Masemola in Ring of Lies she says it's been special to work with Sebogodi for the first time.

"I'm having the wildest time working with Seputla. He is mad," she jokingly says.

"The two of us have had some crazy scenes. I think the audience is going to enjoy it. The man is mega talented."

Masebe strongly holds that she wouldn't wish to be Madam President in real life.

"I would run - not for the presidency but away," she says laughing. "I'm thankful that God made me an actor so I can only imagine myself in these heavy and uncomfortable roles that people have to live as a reality every day. I don't think I'm cut out for it."

Of the social matters close to the self-proclaimed "village person" are rural development, land and agriculture.

"No child must go to sleep hungry. No old person must be cared for at hospital with no medication," she says.

'I stood in front of a coffin and did not break'.
Lifestyle
3 years ago

"When we give ambulances to our communities let there be roads for those villages that they drive on."

Masebe also expresses her frustration over the Performers' Protection Amendment Bill taking so long to come into effect. The act calls for broadcasters to pay actors royalties.

"If I was president today I would sign the bill into law. I don't know what's holding up the guys sitting at the Union Buildings."

Throughout her colourful career that spans over 25 years, Masebe has had roles in Generations, Muvhango, iKani and Soul City.

"A misconception has been that I'm difficult to work with as an actor," she says. "I would say that I have impeccable standards as a professional on set. I want fairness and justice for every cast member and crew."

Catch The Republic on Mzansi Magic on Sundays at 8pm