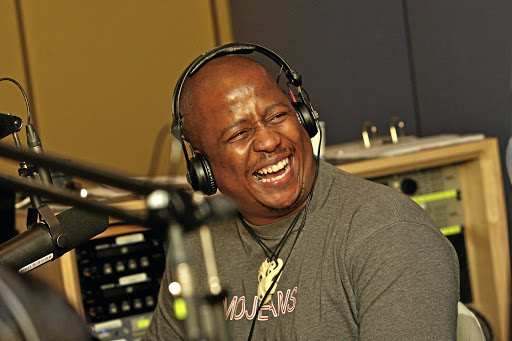 DJ Fresh has fired a parting shot at the SABC after his contract was terminated yesterday, stating he's been freed of a "burdensome monkey on my back".

The DJ has hogged headlines since he was suspended three weeks ago from his Metro FM breakfast show for allegedly using foul language on air.

The SABC said the termination followed unsuccessful engagements between the two parties, subsequent to his use of offensive language on air, resulting in the SABC being found guilty and sanctioned by the Broadcasting Complaints Commission of South Africa (BCCSA).

The public broadcaster said Sikwane was afforded an opportunity to remedy his contractual breaches, which he
refused to do, something he refuted on Twitter.

An unperturbed Sikwane hinted of "a new chapter" in his life next month.

The SABC has terminated it's contract with with popular breakfast show presenter DJ Fresh.
News
2 years ago

"I have actually never been better! I feel like I have been freed of a burdensome monkey on my back.

"My time at Metro FM was nothing short of magical. Thanks to all of the listeners and colleagues that made it what it was," Fresh said in a statement on social media.

He alluded to there being more than meets the eye in the debacle with his former employer and revealed that he's been ready to leave since March.

"I have no regrets about how this worked out, because I firmly believed that fair labour practice is about correction more than it is about being grossly punitive. As a principle, I would sooner walk away from a job than accept such abuse."

Sikwane again apologised for his use of vulgar language and promised to do better. He also assured his fans that he will be on a brand new show and chapter on August 1.

"To those I offended with the use of the word m****y, I apologise unreservedly, and will do better next time. I start a brand new show and chapter on the 1st of August 2019," he said.

"Watch this space, I cannot wait."

Speculation has been rife about his next move after he appeared as a guest co-host of the morning show on Newzroom Afrika.

Earlier this week, Sikwane laughed off claims that he would be joining Kaya FM.

You might not have heard his voice on air for a while but fans of DJ Fresh were ecstatic when he appeared on Newzroom Afrika's morning show, Breaking ...
Pic of The Day
2 years ago
Next Article