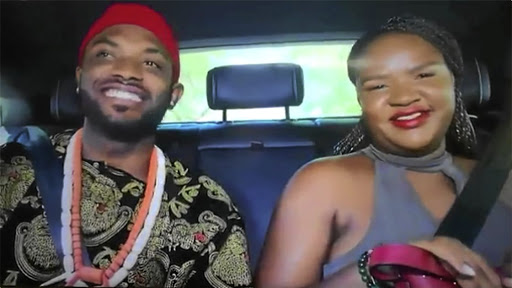 Arinze Okafor had tongues wagging with his conduct on 'Date My Family'.

Okafor angered many social media commentators who perceived him to have been "rude" and "disrespectful" on the show.

His demeanor was heavily criticised and perpetuated a perception that some Nigerian men did not take South African women seriously.

Okafor did not seem to think before he spoke as he shocked tweeps when he asked the first family, with the mother of the first potential date present, if they thought their daughter would satisfy him sexually.

He went further and referred to the mother as a "slay queen". Slay queen is slang for a young woman who uses glamour to impress rich men for financial gain.

He was labelled a player after visiting the third family where he was more interested in the potential date's cousin.

The highlight of the show was when he chose a potential date. He almost kicked himself when he realised he chose a woman who did not have all the qualities he wanted.

Okafor had to drag himself to hug the poor woman who was waiting for him.

On their way to their date, the two were not talking much.

KhudaniNekhwev1 said: "They should have called this week episode sexual edition???? #DateMyFamilly."

Kaytee_scorpio summed it up by saying: "Apart from the fact that the guy was disrespectful throughout the show, his date was just as disappointed as he was in her. A mess of a show yesterday."