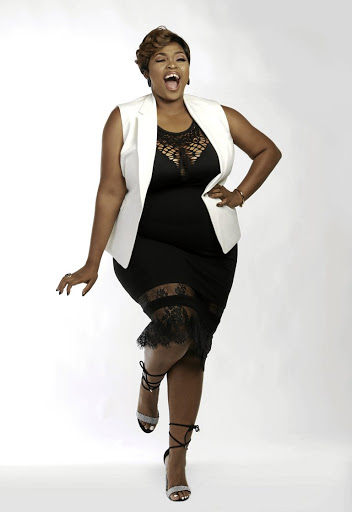 Radio and TV star Relebogile Mabotja had to sacrifice her social and family life in order to achieve her incredible success.

The newly minted Metro FM personality pours her heart out to Time Out after making her long-awaited debut on The Fresh Breakfast Show on Monday.

"I gave up a part of myself to share it with people," she states.

Co-hosting alongside veteran radio personality DJ Fresh is a huge coup for the former child star's 16-year showbiz career that kicked off at 17.

"People see you and they don't know what you had to give up to be here. I gave up part of my childhood because I started when I was a kid," she shares.

"I gave up a part of my school experience because I had to leave in the middle of my matric year.

"I gave up a lot of family time and sacrificed a lot of personal relationships for work. It has been so difficult. In the moments when things were looking bright career- wise, I was experiencing terrible loss... You cannot just not show up at work because as a young black woman, you have to work 10 times harder."

I first call the 33-year-old a few hours after wrapping up her first show on Metro. She can hardly contain the excitement in her voice as she tells me how it went.

"To be honest, there was a period when I thought it's not real," she says.

"It went way better than I expected. Obviously, it's an adjustment going from talk radio to music. The energy was very high and I think the team is gelling well."

"[By August] I hope we will be in a rhythm, where there are certain things I can do without over-thinking them.

"I hope the listeners know who I am because with all the changes it takes a while for people to know what's going on."

Relebogile Mabotja has been appointed the vice-chairperson of Samro.
Entertainment
3 years ago

Seasoned starlet is raising her game.
Entertainment
4 years ago

Two days later I reconnect with her and she's a lot more calmer.

"We are getting there, I think I'm relaxing a little bit. Obviously, you can never be too relaxed, this is a live broadcast," Mabotja says.

"Fresh was running the desk and live mixing. The idea that men can't multi-task is a lie. He's brilliant to a point where he doesn't need to say anything about it. I think I'm just in awe of working with him."

Mabotja has been doing radio for the past five years, her last stint before Metro being on talk radio station 702. She has acted in shows like Rhythm City and Zone 14. She has also had a colourful career as the presenter of Dance Your Butt Off.

Before she joined e.tv's youth programming show Craz-e, her first taste of stardom came in 2003, when she had to drop out of matric to star in stage musical Fame.

"People talk about how I have worked in a bank and that, but I have never worked outside of this industry," she says.

"I grew up in this industry and it raised me. At some time I was a child living in a hotel in Cape Town."

The middle child of three siblings, Mabotja was born and raised in Soshanguve, north of Pretoria.

"Learning to find balance in my life has been my greatest achievement because I can't be everything to everyone."

Mabotja kicked off 2019 on a high note after she was appointed the vice-chairperson of the Southern African Music Rights Organisation (Samro).

"It's challenging, especially with the many issues our music industry is faced with. It's critical that this organisation works," she says.

"I surprise myself because I never would have put my hand up and said let me do the job. But sometimes it takes another person believing in you to believe in yourself. I am the young person that sits in the room; it's always important to remember that I'm a student."