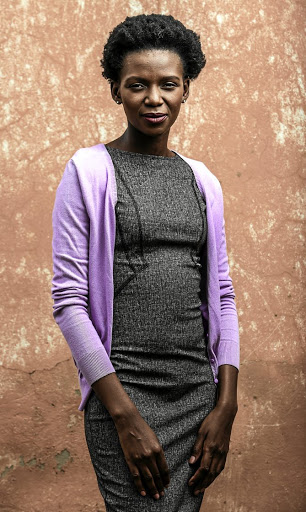 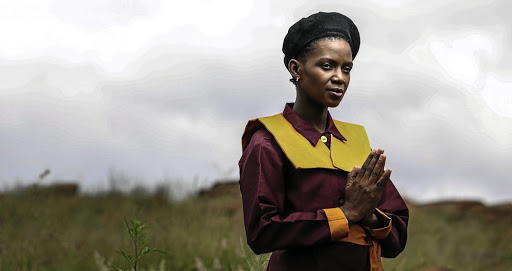 Long before the #MeToo age and Time's Up movement, leading lady Nokuthula
Ledwaba has always been vocal in calling out sexual misconduct, injustices fuelled by gender and the persistent culture of sexism on local sets.

The 35-year-old actress reveals that while in the public eye she rose to stardom; with her peers it was a different story. By raising her voice she gained notoriety.

She adds that she was often labelled the "troublesome one" or "crazy actress".

"Before the #MeToo campaign broke out on social media, I have been vocal about these things that happen to women on sets - sexual misconduct and sexual harassment," she charges.

"Sometimes I would be
labelled as the crazy actress and the troublesome one. But I never once kept my mouth shut. I strive to have a safe place for women and the queer community," she says.

Renowned for her role as heroine Tshidi Khuse on Rhythm City, she shares that when she was part of the cast of the e.tv soapie there was plenty of behind-the-scene drama with allegations of sexual misconduct going around.

At the peak of it all, she says, producers introduced a sexual harassment workshop. While she praises the production for this, she strongly believes that more could have been done.

"Kudos to them for bringing that about, but I still felt it wasn't dealt with accordingly where we were like, 'you and you have been accused of this, here are the repercussions of your actions'," she says.

"I feel like that's where we are lacking in the industry. We need to create safe spaces where women, queer people and any man that feels that they are being discriminated against can name their accuser and something can be done about it."

Ledwaba clarifies that her decision to depart her much-loved role on the show had nothing to do with the harassment instances. She left because she wanted to grow as an actress, she insists.

"When I left Rhythm City it was solely because I felt that I've reached my ceiling and I had a discussion with head writers that I felt like I wasn't growing," she explains.

"I like to think of myself as a strong person and Tshidi was limiting for me. There were avenues that I wanted to explore that Rhythm City wasn't willing to explore at the time, so we came to an agreement for me to leave," she says.

After leaving, Ledwaba scored the role of a lifetime in the 2016 remake of 1977 ground-breaking American slavery mini-series Roots alongside Hollywood actors Forest Whitaker, Laurence Fishburne and Anika Noni Rose.

She had some big shoes to fill playing the character Binta Kinte that was originally portrayed by Cicely Tyson. It was a bittersweet moment for her as she had just lost her biggest cheerleader - her mother.

"I remember the first time I watched it I was eight or nine with my mom. We were just crying.

"My mom died two days before we started shooting, but I remember telling her that I got the role and she was bedridden.

"She wasn't speaking at the time but the look on her face was enough for me. It was saying, 'well done and I'm proud of you'."

"There are still many roles that I'm still waiting for, but this has been great," she says.

Throughout her 15-year acting career, Ledwaba has had roles in shows such as Hard Copy, Backstage, Umlilo and Scandal!.

Ledwaba is the proud mother of a four-year-old daughter.

"She's crazy like her mom and a phenomenal girl. Motherhood has made me even more fierce and fearless," she says.