Nokuthula finds her roots and fulfilment 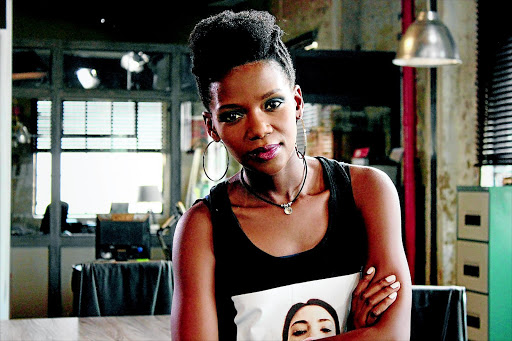 Nokuthula Ledwaba is delighted to know her true family and roots. PHOTO: SUPPLIED

Television and stage actress Nokuthula Ledwaba is totally at peace now that she has discovered her roots.

Ledwaba was born in Mofolo, Soweto, and grew up in Soshanguve, North of Pretoria, knowing that she was a Ledwaba.

Her mother, who had children at a young age, struggled to raise them on her own, so Nokuthula was raised by her mother's aunt.

Her mother was pregnant with her when her father died 33 years ago and she knew little about her father's family, until recently .

The television actress who currently appears on Hard Copy on SABC3 is excited to have discovered her biological father's surname is Mavuso.

The family lives in Soweto and her grandmother and her father's sisters are still alive.

"It was exciting to meet the extended Mavuso family: cousins, uncles and aunts. My grandmother has been taking me through the family history and our cultures.

"I am embracing the three cultures that I am connected to - the Ngqosinis, where my mother's [family] comes from; the Ledwabas who raised me; and the Mavusos, where I belong. I actually feel like a true African."

Zooming in on her acting career, Ledwaba portrays the role of Leah Gumede in the SABC3 newsroom drama series.

It made its debut 10 years ago and ran for three seasons before it was shelved temporarily. It has returned with a star-studded line-up that includes Thabo Rametsi, Masasa Mbangeni and Jody Abrahams.

Ledwaba is relieved to have landed a supporting role after portraying Dumisile for four seasons in the e.tv telenovela Umlilo.

"Dumisile was one of the main characters in the story; it was hectic. Shooting the telenovela was taxing both physically and mentally, while the character that I play [in Hard Copy] is less hectic and it is something different. It excites me because it is something that I have never done."

Leah Gumede is an IT specialist who works for a struggling daily newspaper called The Bulletin. She uses her knowledge of computers to hack into people's e-mails and use the information to extort money from them ... until she gets caught after her victims become gatvol.

"No one understands why Leah is doing this, and where she uses the money. She is just enjoying that she can access people's private information and use it against them," Ledwaba says.

Ledwaba concedes that she is enjoying playing the character because it's something different from what she has been doing.

She acted in Rhythm City, where she played the role of Tshidi Khuse for years. This year she appeared in a theatre production titled Noise, which was directed by Dorothy Ann-Gould.