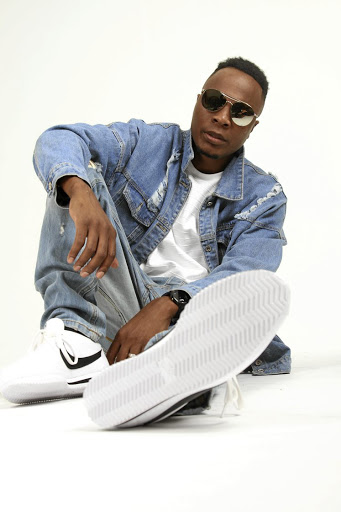 Namibian kwaito pioneer The Dogg strongly holds that he has kissed his "bad boy" image goodbye.

"With my music career, when I started I was a bad boy. I was always on the front page of newspapers for all the wrong reasons.

"I became big and famous ... and I was already working with the president at the age of 20.

"For sure I was a player and I changed girls like underwear. I was getting involved in fights. Luckily, in my entire life I've never done drugs even though they were available to me.

"I have kids now, I've put that life behind me. My eldest daughter reads newspapers now."

Before his rags-to-riches music journey kicked off, The Dogg says he was very "naughty" from a young age. In high school he reveals that he fell into a life of stealing.

"The only thing that stopped us was when we robbed somebody, we didn't know he had a knife and he stabbed one of my friends. That was the first time I saw human intestines," he shares.

The Dogg is a huge fan of South African rapper Cassper Nyovest so much that he has been inspired by the Mahikeng-born star to make history in his home country.

Kwaito is not dying, say artists

Only eight entries in Samas this year.
News
4 years ago

Influenced by Cassper after filling up large venues such as The Dome, Orlando Stadium and FNB Stadium in the last three years; The Dogg plans to fill up Independence Stadium in Windhoek with 17000 spectators on September 29.

Although he will headline the concert, he is in negotiation with artists such as Cassper, DJ Tira and Kwesta to perform on the night.

"What inspired me about Cassper was that he challenged himself and people doubted him. It's something motivating.

"I've never done such a big show before. Most of my shows usually have between 5000 and 7000 people. Nothing like this has been done back home."

Aside from Cassper , over the years The Dogg has been influenced by big names such as Mandoza, DMX and Ja Rule. He has worked with local artists such as DJ Maphorisa, Mafikizolo, Brickz and Speedy. His latest album, Concrete Jungle, was released in December.

After starting his career as a kwaito artist, he points out that his sound has evolved into house and hip-hop throughout his illustrious career.

"I'm a versatile artist. I started with kwaito when it was big back on the other side. When it started fading out, house was coming in and I started working with people like Maphorisa this side to bring the sound back home," says The Dogg, whose real name is Mbwaluh Morocy.

"In the music business you have to survive with the current sound that is hot. Namibia and South Africa ... we are the same people. The fashion, food and type of music that we listen to are the same. Everyone big here is big back home."

In Namibia he's also a very successful businessman thanks to his acclaimed record label and clothing brand - both named Mshasho.

The Dogg has won a number of awards all over the continent, from the Kora All-Africa Music Awards to the Channel O Africa Music Video Awards. Last year he was voted fan favourite on the continent at the African Muzik Magazine Awards (Afrimma).

"With our population being so small ... for me to be voted by African people as No. 1 was one of my biggest achievements."

The youngest of four kids, he was born in Zambia. He moved to Namibia, where he was raised by his uncle after losing both his parents to HIV-Aids at the age of seven.

"It was tough, but I grew up in a house where we were treated equally.

"There were like 20 of us in the house and with my uncle there was no difference between his kids and his brother's kids," he recounts.