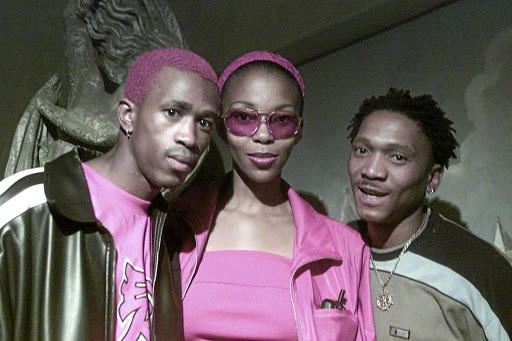 The family of the late Mafikizolo member, Tebogo Madingoane, wants the popular band to stop using his name.

It has accused the group of neglecting it while going around pretending that the band is contact with the family.

Family spokesman and Madingoane's uncle Pepe Dire said the group has neglected the late singer's aging mother but continue to make empty promises through the media.

"Every time they go to media, whether it's television or newspapers, they talk about them helping his family and they say they are working hard to help Tebogo's mother but they never do," Dire said.

"They are talking as if they are doing things in good faith. Last time they promised his mother to come and visit and have something for her but they never came."

"They must not go around using his name. To the public it looks like they are doing something for the family but they are not," Dire said.

Dire said he has been trying to get hold of group members Nhlanhla Nciza and Theo Kgosinkwe through their manager Modise Kgomo since December.

"He [Kgomo] promised to speak to Theo and Nhlanhla and tell them that there is an outcry from the Madingoane family and I said it was okay. December passed and he has said that they will meet with us and till today we have not seen them," he said.

Dire said the family was angered by the group which has been using his nephew's name for publicity.

President Cyril Ramaphosa has condemned those who criticise Winnie Madikizela-Mandela “even in death”.
News
3 years ago

"Let's sit around the table and talk about these things because they have raised Tebogo's mother's hopes that they will help her in times of need. Even if it's just a visit to check on her they do not even do that.

The muso's mother, Sophie "Stokkie" Madingoane, said she was struggling to provide for the star's son who is 14.

"I have sugar diabetes, high blood, ulcers and asthma. I am not okay. I am sure they will be shocked if they came here to see me.

"I called Theo on Saturday after a friend of Tebogo's said I must. He told me that they will come see me but they did not know where I lived.

"I told him he is not telling the truth because Nhlanhla knows where I live as she used to come see me," Sophie said.

She said she was not asking for the duo to "baby sit" her; just to check on her as they claim they do in the media.

Sophie said royalties from the band had stopped too.

"I don't know what is happening. I have not received a penny from them in a while and Tebogo's son comes here to see me every weekend and during school holidays. I use my pension for him and to buy what he needs," she said.

In 2014, the group won a Sama award. In her acceptance speech, Nciza told fans that it was dedicated to Madingoane but his mother said she has not received the award.

Nciza could not be reached for comment yesterday as she was in a shoot and did not respond to an SMS.

Kgosinkwe declined to comment and referred all questions to Kgomo.

Kgomo said: "We are planning to see the family when we are free so that we can hear them out and see how we can help them."

Zahara said that while Ma Winnie was still alive‚ she acted as her mentor.
Lifestyle
3 years ago
Next Article