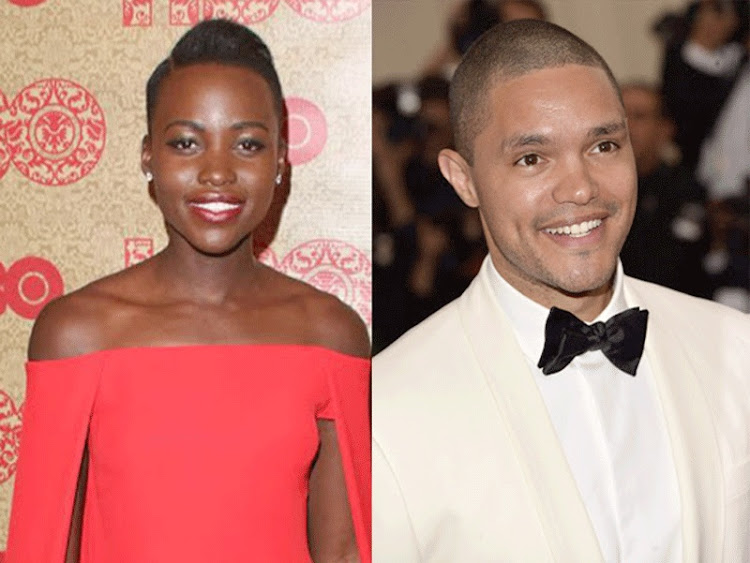 Black Panther star and Oscar winner, Lupita Nyong’o, is set to play Trevor Noah’s mom Patricia in the film adaptation of his 2016 memoir ‘Born a Crime: Stories from a South African Childhood.’

The Daily Show host’s bestselling debut autobiography has been on the bestseller list since its release and has won the James Thurber Prize for American Humor and two NAACP Image Awards.

Noah is producing the project through his Ark Angel Productions alongside Norman Aladjem, Derek Van Pelt and Sanaz Yamin of Mainstay Entertainment, and Nyong’o.

According to Deadline, publisher Spiegel & Grau that published Noah’s first book, has bought his untitled follow-up memoir, which will be published by Random House on November 13.

In 2012 Noah became the first South African comedian to do stand-up for The Tonight Show with Jay Leno and appear on Late Show with David Letterman.

Noah became host of Comedy Central's, The Daily Show, in 2015.

The future continues to shine bright for the South African born comedian and television host.

When I read @Trevornoah's "Born A Crime," I could not put the book down. Excited to announce that I will be starring in and producing its feature film adaptation! #BornACrimehttps://t.co/v4AfGe23P5 pic.twitter.com/QvrsETIEAc

Lupita Nyong'o, Danai Gurira, Letitia Wright and Angela Bassett who star in the movie Black Panther cover the March edition of Essence magazine. Male ...
Pic of The Day
4 years ago

Oscar-winning actress Lupita Nyong'o has revealed that she is writing a children's book.
News
4 years ago

Loyiso Madinga on scoring Daily Show gig: They didn't only choose me‚ they chose SA

“The attention on me is overwhelming and a bit crazy but I guess the universe wouldn’t have given it to me if I wasn’t ready.
News
4 years ago
Next Article