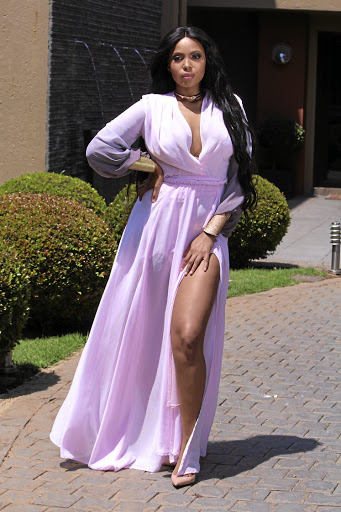 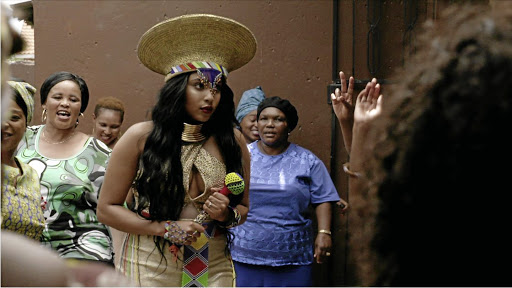 Over the past two years, Isibaya fans have been glued to TV screens watching the modern-day love story unfold between characters Zama Ngwenya (Linda Mtoba) and Jabu Zungu (Pallance Dladla), torn by their warring families.

While the sweet romance has been filled with joy, viewers tune in week after week for the pain of love experienced by the star-crossed lovers.

When Zama was on her deathbed suffering from a critical heart condition, Jabu pulled out all the stops to get her a new heart on the black market.

The drama is not only on-screen, off-screen tonight's episode has already been marred by scandal. Earlier this month, fashion designer Asanda Madyibi took to social media to complain that a dress Mtoba was in during a wardrobe fitting resembled the creamy number she made for Minnie Dlamini's umembeso.

"The dress seen on social media was part of potential wardrobe options for the show; it will not be part of the show and was never meant to be released publicly," Nondumiso Mabece, head of PR and marketing at M-Net, said.

The dress viewers will see is a gold embellished halter number, styled with a matching isicholo (a Zulu hat traditional worn by married women). "I had to try so many different outfits just to get the right one. It does get tricky; you just keep trying them on until you find the one that everyone likes. It's a challenge because I don't decide that and it's a matter of production being happy," Mtoba said.

"It's a beautiful gold dress - simple and regal. It's something that I would not wear as Linda; it's just not my style."

"It was so sweet to relive something that is so beautiful and to experience it so closely after I got married.

"Creating a fairytale and all those emotions exuded on set, where people are just so happy, that was a highlight. You can't fake things like that I think."

Mtoba joined Isibaya almost two years ago after winning an open casting call. She had never tried acting. Before then she was a lower primary school teacher.

"It has been absolutely amazing. I could not have gotten a better school and the people I've worked with have been incredible," Mtoba said. "They made me fall in love with it because it's something new.

"I've seen an improvement in my acting . I always said to myself in the beginning that . all I can do is learn.

"I want to do more acting, I want a role where I'm going to be completely dark and twisted. A complete opposite of who I'm portraying right now."

"My mom was really strict growing up, by five o'clock you better be in the house. I think that's why even now I'm a person who enjoys being indoors."

Designer Asanda accuses Isibaya of dress plagiarism: My brand has been devalued

“I didn’t consent for them to imitate my design."
Lifestyle
4 years ago
Next Article