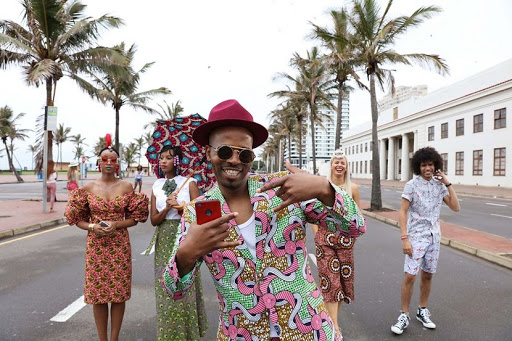 Skhaleni, who provides comic relief on Isibaya , brings his ghetto-fabulous charm to the Vodacom summer campaign commercial that was revealed exclusively to media yesterday at a breakfast held at Maslow Hotel, Sandton.

Mabasa, 40, from Alexandra, northern Johannesburg, said he was approached to audition, but didn't expect to land the gig of Bra Shakes.

"I just went to show them what I can do and hope for the best. People know what they want, you can be good, but if you don't meet their expectations you won't book the job," he said. "Now that I have it, I hope it will be a big break in advertising."

He said shooting the commercial was an "awesome and lovely experience".

He shared a scene with veteran soccer coach Shakes Mashaba lying on a beach.

"He's a role model, he is one of the people who change lives in our communities. It meant a lot to me and I felt honoured to be next to him."

Mabasa runs theatre projects in Alexandra and Mbombela. The managing executive: brand communication and marketing at Vodacom, Abey Mokgwatsane, said the advert played on the distinct way in which South Africans move and dance.

Viewers will see Bra Shakes travelling throughout South Africa to encounter diverse cultures such as Tsonga and Bollywood dancers.

They have also teamed up with Somizi Mhlongo to choreograph a "shake" dance as part of the multimillion-rand campaign.