How not to blow any of your unexpected millions

Investing wisely could set you up for life

I Blew It, the hit reality series on DStv’s Mzansi channel, has once again put the spotlight on the dark side of unexpected financial windfalls. 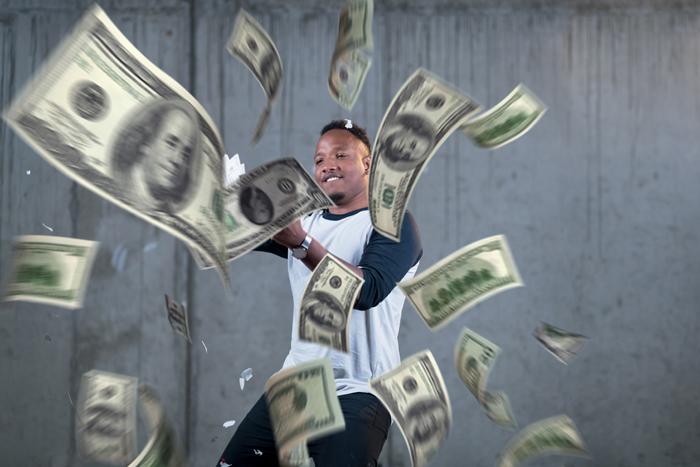 Many people who receive a windfall like a lottery or RAF payout, find themselves blowing it in less than two years. Picture: 123RF/DOTSHOCK

I Blew It, the hit reality series on DStv’s Mzansi channel, has once again put the spotlight on the dark side of unexpected financial windfalls.

The show sees South Africans from all walks of life tell their rags-to-riches and back to rags stories after they have lost millions to reckless spending, over-indulgence and a rapid change in lifestyle.

With huge windfalls from Road Accident Fund payouts, an unexpected inheritance, a lottery win and even a divorce, most people find themselves blowing the cash in less than two years.

Bonuses like this are usually loaded with emotions which may cloud your judgement and influence your decision-making, mostly for the worse.

“As human beings, we share the same tendency of allowing our emotions to rule our decision-making, even while we may be absolutely convinced that we are acting rationally,” Yanga Nozibele, an investment associate at Cannon Asset Managers, says.

Most of the winners on the Mzansi show - like the Witbank man who hit the lotto jackpot for R14-million - ignored financial advice from advisers at the lottery and the RAF to allow for a cooling-off period during which they do absolutely nothing with their spoils.

A cooling-off period allows for the idea of your unexpected wealth to sink in and gives you time to consider all your options. This means no expensive vacations, new investments, early retirement or new cars in at least the first three months of receiving your windfall.

“Allowing your ego or need for instant gratification to drive your financial decisions will significantly harm your ability to save, invest and build meaningful wealth,” Nozibele says.

Lettie Mzwinila, strategic markets specialist at Allan Gray, says managing the cooling-off period allows you to connect to the way you’ve managed your money matters before you received the windfall.

Many investors fail to grow their money because they are averse to investment risk and fear losing it.

“If you already have a financial plan in place and are clear about your financial goals, a windfall might accelerate your financial journey and help you achieve your goals sooner. On the other hand, if your finances are in disarray and you don’t have a budget in place, it’s much easier to ‘blow’ the money,” she explains.

Mziwinila says appointing a certified financial planner to guide you in putting together a robust, realistic financial plan should follow your cooling-off period. A financial planner supported by other professionals like a good lawyer, an accountant and possibly even a psychologist to assist you in dealing with your emotions associated with your new-found wealth will help you avoid costly financial mistakes.

Mziwinila lists common mistakes made by people featured in the show as: making investments that don’t match your tolerance for risk, failing to consider tax, investing in products that do not align with your needs or goals, and failing to consider the lifestyle creep that comes with having extra funds.

Liberty Group financial adviser Richard Redder created scenarios using the windfalls from two guests on the show to illustrate how they could have protected their capital and given themselves a comfortable lifestyle had they sought financial advice.

In the first scenario if Victor had decided to invest his R3m from the RAF into a combination of four income funds like Stanlib’s Income Fund and Investec’s High-income Fund, he could have drawn an income of R15 000 a month, Redder says.

This is assuming he earned returns of around 7.6%, which the income funds are currently returning. Victor could have enjoyed a 6% increase in his income each year for ten years and gone on to draw an income amounting to R2.3 million over 10 years, and still have his R3 million invested. Although it would have depreciated against inflation, it would still be able to generate an income for him.

Using the same scenario for Moipane from Welkom who won R14m in the national lottery, Redder says had she invested in some income funds, she could have been able to withdraw a starting income of R70 000 a month. If this escalated each year by 6% to keep up with inflation, she would be able to draw more than R11m over 10 years, while still keeping her initial capital.

She could alternatively have taken on some more investment risk and grown her capital. Nozibele says many investors fail to grow their money because they are averse to investment risk and fear losing money. Investing in cash or income funds can generate a good income, but you need to invest more in equities to grow your money, Nozibele cautions.

Taking on some carefully considered investment risk is better than the risk of taking advice from family and friends to, for example, invest your money in an opportunity which promises high returns without the evidence to show how it will do so, or investing in an unknown assets with no proven track record.

Once you have settled on your financial plan, you may want to pay it forward by donating some of your cash to  charities, sharing with loved ones or the less fortunate and there are tax effiicient ways of doing so.

Mzwinila encourages you to approach small windfalls, like a company bonus, a tax refund and small policy payouts, in the same way to make the most of your money and grow if from a small windfall into something much more significant.

Don't misspend your millions, have a financial plan for your lump sum payout

Now and again we hear about people who, by luck or design, get their hands on huge lump sums of cash.
Business
4 years ago

Don't gamble with your and family’s health and wealth

If you gamble as a pastime, you should not to spend over 2% of your discretionary income. Anything more will take you into the dangerous territory of ...
Business
2 years ago

For many people greed and unrealistic expectations combined with desperation are human cancers when it comes to making investment decisions. ...
Business
2 years ago
Next Article