Don’t withhold info from your insurer

Many policyholders land up in a tug of war with their insurers over rejected claims that are not that funny. 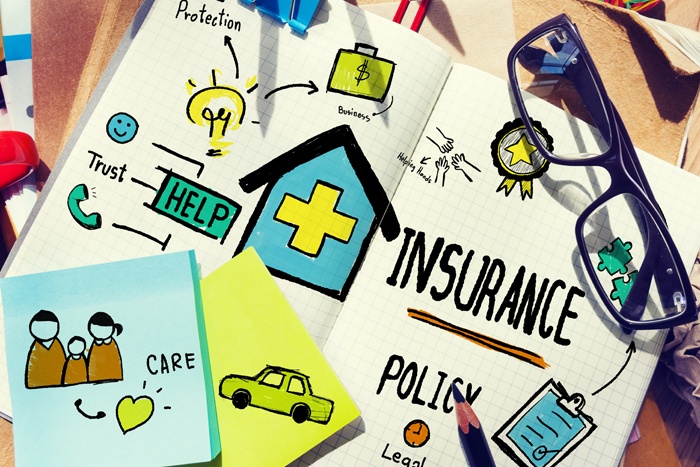 Many policyholders land up in a tug of war with their insurers over rejected claims that are not that funny.

However, recognising that a bit of humour can help us grasp difficult concepts, Norton Rose Fulbright has added a strip to its unique comic book series to break down the jargon and legalese about what is known as avoidance and cancellation of policies and how this can result in claims being rejected.

And the biggest take-out for you: Your insurer has an obligation to treat you, as a policyholder, fairly at all times, especially the requirement that you do not face unreasonable barriers to submit a claim and are given clear information regarding the claims process.

Although very necessary, many see insurance as a grudge purchase. Understanding your policy and forging a relationship with your insurer can  ensure that you and your assets are protected if something unexpected happens and you suffer a loss or damage.

Not understanding your role and responsibilities when taking out cover can damage your relationship with your insurer and have long-term financial planning implications, Dez Tswaile, personal finance architect at Emphasis Wealth Advisory, warns.

“With insurance, you are passing on the risk of a specific life event that could affect you or your assets, to someone else who is willing to carry that risk for a premium or fee. The insurer accepts to put you back to the same position you were in before such an event took place, provided there is sufficient proof that demonstrates that you could not have avoided the risk or were being honest when covered,” says Tswaile.

He adds that misinformation, misrepresentation or omitting information when you take out short or long term insurance are all recipes to getting yourself avoided from cover, a claim rejected or your policy cancelled all together.

Norton Rose Fulbright says misunderstandings about an insurer’s right to void or cancel a policy or reject a claim can affect not only its reputation but also the relationship between you and your insurer.

In the comic book which the global law firm describes as “probably a world first in insurance law”, Norton Rose Fulbright aims to help you better understand the procedure and the insurer's responsibilities in an easy to understand way. 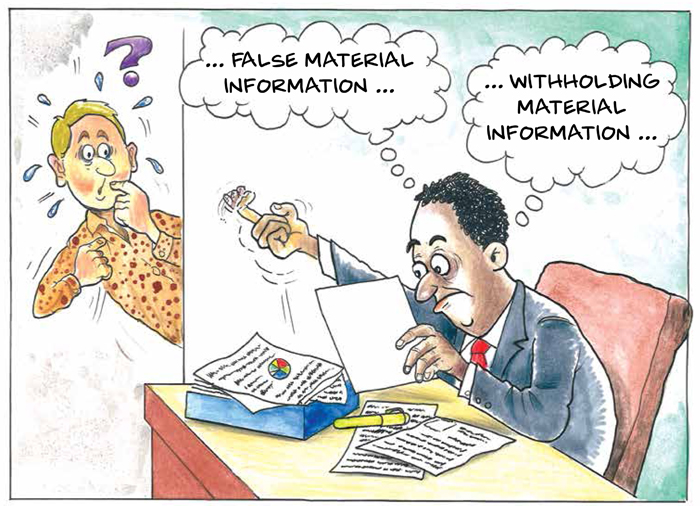 Norton Rose Fulbright has created a comic book series to break down the jargon and legalese about what is known as avoidance and cancellation of policies.

“A void refers to a policy that never existed as a lawful contract so that no rights and obligations came into being. This is also referred to as ‘avoiding the policy’,” Leisel Kok, director of specialized insurance at Norton Rose Fulbright, says.

She adds that a policy is void if for example, you try to get stolen goods insured. The policy therefore never existed as a lawful contract.

Ayanda Mazwi, senior assistant ombudsman at the Ombudsman for Short-term Insurance, says the insurer may be justified in excluded from cover if it can prove that the claim you made falls outside your scope of cover - including cases where policy exclusions apply, such as when you were driving under the influence of alcohol or you claim for damage caused by wear and tear.

If the insurer decides the contract is void, it must immediately communicate with you, the insured, and repay you your premiums unless the policy was illegal in which case special rules may apply, Mazwi continues.

However, Tswaile warns that if you are the cause of cancellation of the policy, you may not be due a refund of your premiums.

If an insurer cancels your policy, it is usually because you have breached a material term of the contract, Sandile Khoza, director at Norton Rose Fulbright, says.

Examples of this are when you do not give the correct information about your insurance history, such as if an insurer cancelled your policy in the past or refused you cover, Khoza explains.

An avoidance or cancellation of a policy or rejection of a claim should be based on facts that the insurer is able to prove in court. Hearsay evidence or an unsigned statement by the insured, or simply a claim investigator’s view is not usually enough proof.

Marius Botha, MD of life insurer Stangen, says although life insurers would not usually avoid or cancel a policy cover, they do need to protect their loyal and honest policyholders against anti-selection.

That is when people who are at high risk of illness or death try in bad faith to take out cover because they haven’t planned properly or they want to unfairly benefit at the expense of the other policyholders in the insurance risk pool, he explains.

He says insurance companies also protect themselves by loading of premiums, making them more expensive, or by excluding certain pre-existing medical conditions.

This is why you can get accidental only cover at the same rate as everyone else because an accident is genuinely an unforeseeable event, he says.

Norton Rose Fulbright’s Big Read Book series suggests you always keep the communication lines open, review copies of your disclosures made when you apply for cover to ensure you still meet your obligations and consult with a financial adviser.

Many insurers offered premium relief for three months from April to June, but if you are still not earning or earning in full, you can still ask for ...
Business
2 years ago

If anything, Covid-19 has stressed importance of an emergency fund

If this lockdown has taught us anything, it’s that life is full of uncertainties, some of which can come at a cost.
Business
2 years ago

Resigning and cashing in your pension is a very drastic step you should not resort to unless all else fails.
Business
2 years ago
Next Article