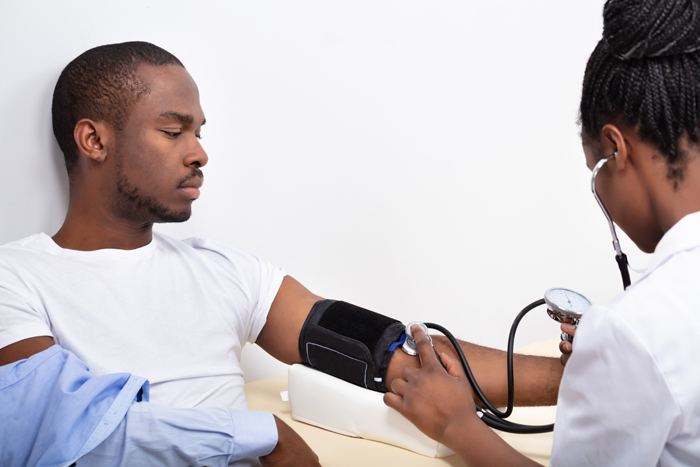 Young people face a lot of risk in their careers, for example, one can get injured, fall ill, or be diagnosed with a critical disease. Picture: 123RF/ANDRIY POPOV

When we’re young, we tend to think of ourselves as “bullet proof” when in fact we’re potentially more vulnerable to a temporary or permanent disability. That’s because we work hard and play hard, taking risks that people twice our age wouldn’t take.

And though we haven’t accumulated much wealth like a home or savings, our biggest asset is our ability to earn an income for many, many years to come. That is worth millions, no matter how little you earn now.

A 25-year-old man in South Africa has a 92% chance of having a temporary injury or illness during his working career, a 37% chance of a critical illness, and a 15% chance of a permanent disability that takes away or reduces your future earning ability.

This is according to statistics released by life assurer FMI.

Liberty Life’s claims statistics, released earlier this year, show that a significantly higher proportion of claims are now paid to survivors of life-changing traumatic events. This underlines the need for insurance that protects your income – or pays you a salary – when you are recovering from a critical illness or temporary disability.

Cancer, for example, is no longer a death sentence, Liberty says. While it remains the highest cause of claims related to critical illness, disability and death, the reality of a cancer diagnosis is that the treatment and recovery after a diagnosis can take many years.

Liberty is seeing more cases of patients surviving cancer only to contract another condition later in life. This has a significant financial impact on households when the cancer survivor is unable to generate an income over long periods of time.

Kresantha Pillay, the lead specialist: Lifestyle Protector at Liberty, says the fact that insurance is a grudge purchase has been a challenge for the industry for some time.

“When you buy an ice-cream, you get to enjoy it immediately. With risk insurance, you get the benefit of it when something awful happens. And no one likes to think that something awful is going to happen to them,” she says.

This is especially so when you’re young and your need for income protection is greatest.

People in their mid-20s, who are single without dependants, and have little to no debt are what FMI calls “Early Earners”.

FMI says a young guy they call Patrick is a perfect example. He’s 25 and has just qualified as an electrician. He has landed his first job and bought his first set of wheels. Life has never been better.

Patrick’s ticked off the responsible stuff by insuring his car and covering his health with a basic medical scheme plan. And because he’s living with his parents, he can spend most of his salary enjoying life.

But Patrick’s father has urged him to see an independent financial adviser to help him manage his finances to a sensible plan.

Given his age, what should Patrick be prioritising right now? What are his financial needs, and what risks does he face?

For an Early Earner, who has his entire income-generating working life ahead of him, protecting his earning potential against life’s risks is critical.

Patrick’s needs are clear: protect 100% of his hard-earned monthly income against life’s risks that can trip him up during his working career – risks such as getting injured, falling ill, or being diagnosed with a critical illness.

Unfortunately, most South Africans get their priorities mixed up when it comes to insurance. What many fail to realise is that of all risks, temporary disability is the most likely risk that can prevent you from earning an income, and this is true despite the life stage you are in, says FMI chief executive Brad Toerien.

“The important thing to remember is that no matter what stage of life you are in, your income is the one constant you’ll always need to rely on,” says Toerien.

It’s more than just the money you earn. It provides for things you need today and holds the futures of those close to you, he says.

Buying insurance and understanding the benefits can be intimidating, says Pillay. But advisers can help you make sense of it all.

Liberty has just launched a dual income protection benefit to cover policyholders who have a second occupation. It’s a market first and was introduced in response to the growing number of South Africans who do a “side hustle” or a second job, Pillay says.

“Our research has found that income from a side hustle income can constitute up to 25% of total income. And people from all generations are taking on a side hustle. This means people are quite stretched; having worked a 9 to 5 job, they then go home and work a few hours on their side hustle. This can lead to health issues and strengthens the case for income protection.”

In order to have your side hustle covered by Liberty, it must be a valid occupation; contribute up to 20% or more of your total income; and you must be declaring these earnings to the South African Revenue Service.

We all need to take cover to protect loss of income

How much do you think you will earn over your lifetime? R2-million, R3-million or R10-million?
Business
3 years ago

Mastering you is probably the most important ingredient in your recipe to financial freedom because without the knowledge and proper mindset.
Business
2 years ago

Five bases you absolutely have to cover as a single mom

If you're a single mom, sound financial planning is all the more critical as your stretched income must provide for many needs.
Business
2 years ago
Next Article