Claimants lament struggle to get UIF benefits paid out

The UIF has told Sowetan Money that claimants claiming at Labour Centres and those who submit their claims online via uFiling are receiving their benefits. 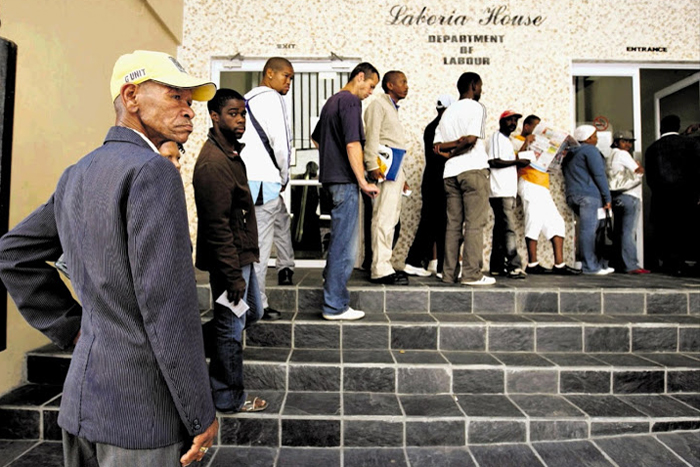 Many South Africans entitled to benefits from the Unemployment Insurance Fund (UIF) are struggling to  claim from the fund, with some being asked to get their past employment records from their former employers as the information is missing from the department of labour’s records.

The department’s old uFiling website was taken down for an overhaul in mid-February and the new website that went live on April 1 is drawing much criticism from users, including those who say they have not been paid their benefits.

Makhosonke Buthelezi, the director of communication and marketing at the UIF, has told Sowetan Money that claimants claiming at Labour Centres and those who submit their claims online via uFiling are receiving their benefits.

But Darnelle Botha laments on the department’s Facebook page that she’d been experiencing difficulties with service since February when she submitted her second unemployment insurance claim. She has not received payment for April or May.

On the same Facebook page, Bontle Arosi says her application lodged in February was approved on May 10, but she has not received payment. When she called, she was advised to go to the department of labour’s office where she was asked to provide an affidavit explaining why she was not paid for three months.

“How the hell should I know when it’s been their fault,” she decries.

Jetro Malapane, an executive member of the South African Payroll Association, says both employers and UIF beneficiaries are having difficulties with the new website.

Useless – can’t get on the website, no answer on the phone and no reply to emails

Some claimants who approach the fund for their benefits, are being turned away because salary information from previous years is missing. The employees then have to go back to their former employers for the information, he says.

Buthelezi has told Money that initially only those who were submitting continuation of payment forms were affected when the new site went live, but this has since been resolved.

You need to complete a continuation of payment form to confirm that you’re still unemployed for the UIF to continue paying benefits.

For the month of April a total of 3,550 continuation of payment requests for maternity benefits alone were received and 3,497 were successfully processed within the agreed six days, he says.

The continuation of payment form is applicable to all but death benefits and claimants must sign every month.

Buthelezi also says that the missing employee information is back on the website.

The challenge for employers is that the process of retrieving this information is no longer the same as “the business rules” on the new website had changed.

Buthelezi says the site has been adapted to enable employers to pay contributions and declare employees for the current month. But the fund still requires employers to declare for the previous months up to March 2019 as this is critical for its records, he says.

“We’ve realised that the problems users are experiencing are not largely due to system failure, but in most instances are due to difficulties in navigating the new system. To this end, we’ve deployed more staff to assist clients with navigation and how to trouble-shoot some of the problems,” Buthelezi says.

He says the department was also training staff at labour centres on the new system so that they can assist walk-in clients.

“We have resolved a majority of technical problems and we hope by the end of this month there won’t be any major system related challenges,” he says.

Comments on both the department of labour and on Tiso Money’s Facebook pages reflect the opposite. Claimants are struggling to reach the call centre, getting responses to emailed complaints and visiting the department’s offices is as frustrating.

In her Facebook post, Botha says that the staff never answer their landlines and there are massive queues at the counters served by too few employees.

Another commentator says that her colleague had been on the phone for over an hour-and-a-half trying to get through to the call centre.

On Tiso Money’s own Facebook page, Carol Thompson says: “Pointless emailing them to resolve issues, they don’t even acknowledge receipt.”

“Useless – can’t get on the website, no answer on the phone and no reply to emails,” says Melanie Jenkins.

“However, we are deploying more staff to attend to queries and will also be working overtime to deal with email queries,” he says.

The UIF provides short-term financial relief to you if you have been contributing to the fund and you become unemployed or are unable to work due to maternity leave, adoption leave or illness.

It also provides once-off relief to the dependants of a deceased contributor.

All employees working more than 24 hours a month (barring some exceptions), as well as their employers are responsible for contributions to the UIF at a rate of 1% of their earnings each.

Taking baby steps towards saving for your maternity leave

Becoming a parent is a time of congratulations and high emotions, but it can also be  stressful financially if you are receiving a lower or no salary ...
Business
2 years ago

What you need to know if you lose your job

The low levels of economic growth have put added pressure on employers to restructure their workforce, leading to widespread retrenchments across ...
Business
2 years ago