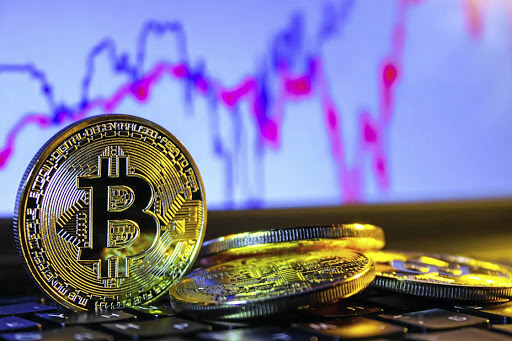 Bitcoin is a leading player in digital currency investment space. Cryptocurrencies are intended to be a safer option than cash or gold.
Image: 123

With cryptocurrencies being all the rage, you might be toying with the idea of investing in one - especially if it's a local cryptocurrency. Before you do, read this.

First, do you know what a cryptocurrency is? The golden rule of investing is that you must understand the investment and the associated risks.

Deconstructing the word shows that it is has to do with cryptography and currency/ money. Cryptography is the science of encrypting sensitive information so that it is undecipherable to anyone that should not have access to it.

Cryptocurrencies are therefore intended to be a secure form of digital money that cannot be counterfeited like cash or gold.

Unfortunately, many cryptocurrencies are not as secure as they ought to be.

When you log in to your banking app or use internet banking to view your account balances or make a payment, all the previous payment transactions you see are electronic records that are stored in the database owned and secured by your bank.

Fans can coin it at Cosmos match

Cryptocurrencies are often marketed as a means of payment that does not require a bank. Bitcoin was the first such payment network.

Unlike other cryptocurrencies, bitcoins are not created "out of thin air". Bitcoins are found when they are mined electronically. In the same way that gold mining machinery mines through rocks to find gold, computers are mining through billions of numbers to find those that make the cryptographic security of the block chain possible. This is what makes bitcoin a legitimate form of money.

Other cryptocurrencies are literally created "out of thin air" and issued as tokens. The tokens are issued by companies, or the creators of the coins, through an ICO (Initial Coin Offering), where people hand over rands or dollars to these companies in exchange for tokens. These companies can be sued, and if they are slapped with penalties or forced to shut down, the value of your coin will die along with the company behind it.

It's the same as when you buy shares in a company.

Recently, local crypto-enthusiasts were able to be part of the Safcoin initial coin offering (ICO), which ended on October 31 2018. Those who missed ...
Business
3 years ago

However, companies that issue tokens are not (yet) as stringently regulated as companies that publicly issue shares. This is a big problem because the average consumer who holds a token does not have any legal recourse if the creator who issued the token goes bust or skips the country with the money that it raised.

Let's look at some examples.

EOS is a smart contract platform that raised a whopping $4bn (R56bn) through its ICO.

And yet, today, it only has around 4,000 daily active users. The value of this token dropped from its original high of about $20 to around $2 today.

A local example is Safcoin. Safcoin has plans to become an Africa-wide cryptocurrency that will allow seamless cross-border payments. Buyers of this coin are not, however, given any firm plans for how this will be achieved.

What happens if this end-goal is not reached? What happens if the holding company (FHM) goes out of business or is liquidated? Why would merchants accept Safcoin as a means of payment if they can accept bitcoins? The Bitcoin block chain has never been hacked in its 10-year existence and is already the most widely accepted cryptocurrency.

FHM protects itself through its terms and conditions: "We may, in our sole discretion and without liability to you, with or without prior notice and at any time, modify or discontinue, temporarily or permanently, any portion of our services."

Its terms state that nothing it says should be construed as investment advice, or enticement to get into cryptocurrencies. Yet its call centre agents will assure you that you will grow your investment, without having the facts to support it. The minute you hear ICO, stay away!

• Terblanche is an independent consultant in retail banking and retirement funds. He's also a crypto adviser