A marriage contract legally regulates your union, even after death 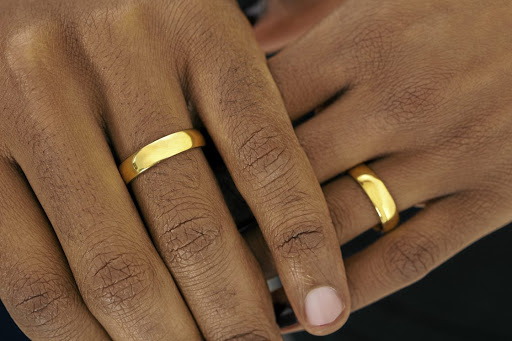 For many couples getting married is one of the most romantic and special occasions of their lives. It’s vital, however, that you follow up that spectacular proposal with a sober signature.

The “prenup” is a vital part of any wedding plan, says Jeremy Woods, head of Fiduciary Services at financial advisory firm GTC.

He urges couples to carefully consider their needs and to review their contracts before signing, as the details of your marriage contract have many consequences for your life together, and these may even continue after death.

You need to take time to seriously weigh up the pros and cons of the various types of marriage contracts. When you decide on a contract, pay careful attention – with the help of a qualified professional – to the details, so that in the sad event of death or break-up, you are protected.

Woods cautions against paying too little attention on an appropriate marriage contract to legally regulate your union.

He says that while most couples commit in their wedding vows to stay true to each other until one of them dies, it is important to note that a marriage contract may bind two people even after one of them has died.

“The legal structure of a marriage forms the basis of several material financial aspects of your life together, including life insurance, investment decisions and the estate you leave to your family.”

Choosing what’s right for you

Marriages in-community-of-property mean that all the assets and liabilities of both spouses – including those accrued prior to the marriage – are aggregated into a single estate, with equal share for each partner.

While this may sound romantic, and a signal of utmost trust and love, it does come with some very important implications. Regardless of whether separate wills have been drawn up, the estate will be treated as stipulated in the contract.

According to Woods, there are also many cases of a deceased partner leaving their spouse with unanticipated debt. “If the marriage was concluded without an ante-nuptial contract, the deceased’s creditors will lay claim to the surviving spouse’s assets, regardless of the fact that it was the deceased who was responsible for initiating the debt,” he explains.

For these reasons, the more “modern” route is to be married out-of-community-of-property.

“This allows for each partner to have greater independence over their assets and wealth accumulation. This is more relevant now than ever before as more and more dual income couples are self-employed earners,” says Woods.

According to Woods, there is a misconception that ante-nuptial contracts are only worth considering if the couple has substantial assets prior to the marriage.

“In fact, a decision to get married out-of-community of property is as much about governing the future of a union as protecting past ownership. It’s impossible to predict what may happen to either party in future, and it’s best to be prepared for any scenario.”.

In terms of this contract each partner retains their assets gained before the marriage and they each have a share in the joint asset growth obtained during the marriage.

“This option is especially popular for older couples who marry, or in the event of second marriages, when each partner has independently accumulated their own assets.”

In case of divorce

According to a report released by Statistics SA earlier this year, four in ten divorces were for marriages of less than ten years.

It is important for divorced couples to amend their wills as soon as their marriage has been dissolved.

Woods explains: “If the existing will - whether it be joint or separate - before the divorce stated that the spouse was to inherit something, the law places a moratorium on that specific bequest for a period of three months.

Questions to ask before tying the knot

Speaking to your partner about money.
S Mag
3 years ago
Next Article