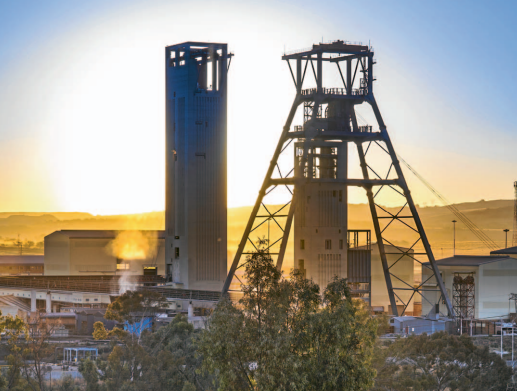 Gold Fields Ltd on Thursday reported a 7% increase in first quarter production while flagging the impact of rising inflation on costs.

Its SA, Australian and Peruvian operations increased production with only its Ghana operations reporting a decline, down 5%.

Gold Fields' all-in sustaining cost (AISC) - a metric used to measure overall production cost - was $1,150 per ounce, up 7% from a year earlier.

High commodity prices have driven inflation in energy costs, logistics and consumables, CEO Cris Griffith said in an operational update for the quarter.

“While we expected the mining sector to be challenged by high inflation at the start of the year, the impact has been worse than initially expected,” Griffith said.

Gold Fields said its Salares Norte project in Chile, which is behind schedule due to Covid-19-related absenteeism, is still on course to produce its first gold at the end of the first quarter of 2023.

Former deputy chief justice Dikgang Moseneke is among five distinguished people who will receive honorary doctorates from the University of the Free ...
News
1 month ago

The rand on Thursday edged 0.2% higher as gold prices rose amid geopolitical tensions, while blue-chip stocks in the region gained 0.5%.
Business
2 months ago

Amplats to sell stake in two mines to rival Sibanye

Anglo American Platinum (Amplats) will sell its 50% stake in its Kroondal and Marikana operations northwest of Johannesburg to Sibanye Stillwater, ...
News
3 months ago
Next Article