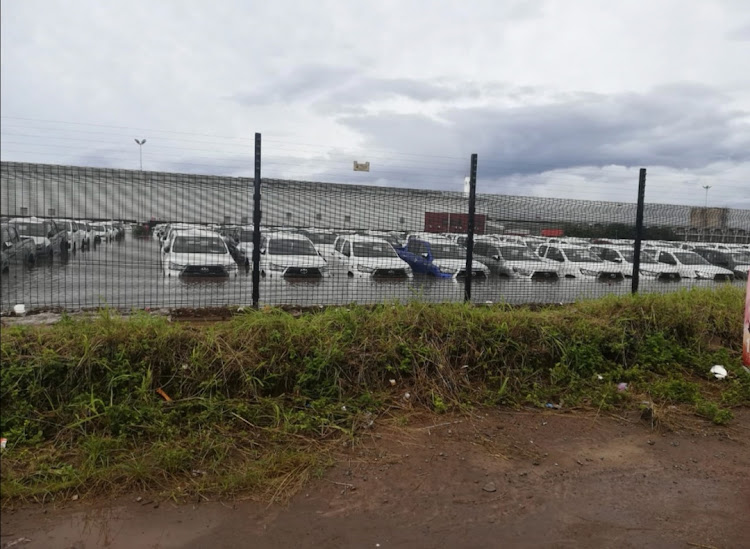 Toyota SA has suspended operations at its Prospecton plant, south of Durban, after it became waterlogged during the heavy rain that battered KwaZulu-Natal.

The area, which is home to several industries, was hard hit by the rain.

“We can confirm that plant operations have been halted,” said Mzo Witbooi, the company's spokesperson.

“Toyota SA Motors (TSAM) confirms that its production plant at Prospecton incurred some flooding in areas due to the heavy rains battering the province.”

TSAM’s operations had been suspended since Monday evening while measures for a safe start-up after water has been cleared are in place, Witbooi said.

The Motor Industry Staff Association (Misa) said it was devastated by the impact the flooding “will have on the retail motor industry that is still recovering from the blow of the Covid-19 pandemic”.

“Less than a week after Toyota announced that 10,198 light commercial vehicles were either built or assembled at the Prospecton plant in Durban images of the flooded plant emerged.

“This plant was responsible for more than 10,000 of the vehicles sold locally last month, according to an earlier statement released by Toyota,” said Martlé Keyter, Misa CEO of operations.

“This disaster at Toyota’s headquarters in SA could not have hit the motor retail industry at a worse time.

“The industry can’t afford more retrenchments with the unemployment rate at 35.3%. Misa's more than 53,000 members are dependent on motor vehicle and component sales, vehicle services and repair work,” said Keyter.

Animals at SPCA in Durban rescued after severe flooding

Animals trapped in flooded kennels had to be rescued by SPCA staff in Springfield, Durban, during the early hours of Tuesday morning.
News
4 months ago
Next Article