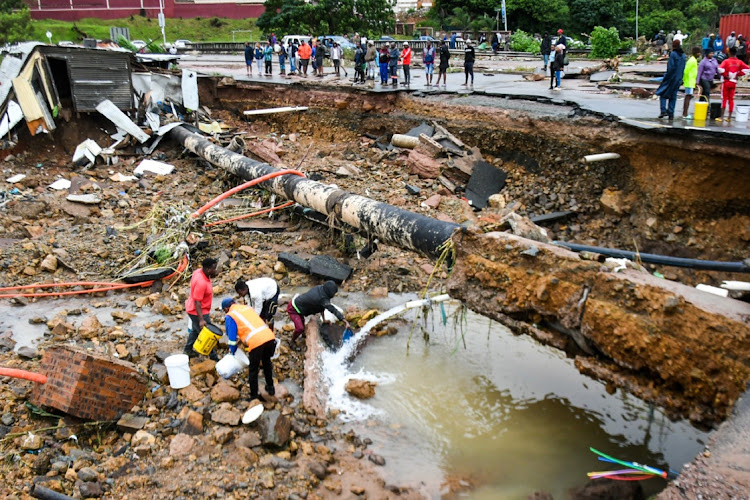 The DA has called for police intervention in KwaZulu-Natal following reports of looting.
Image: gallo images

The DA on Tuesday called for police intervention after reports of people looting trucks and containers amid the flooding in KwaZulu-Natal.

In a statement, the party said images doing the rounds on social media, showing people helping themselves to goods from trucks and containers, were disturbing.

“These images are extremely disturbing. Especially since they are strongly reminiscent of the violence and looting that took place in the same province in July last year,” the party said.

It was  referring to the mass looting and destruction of property that erupted in KwaZulu-Natal and Gauteng after the incarceration of former president Jacob Zuma.

The DA called on police minister Bheki Cele to immediately intervene and ensure that the SAPS in KwaZulu-Natal were on high alert.

“This province cannot afford the same catastrophic consequences of last year's unrest. We now know that at the time, the government, and especially SAPS, has not been able to quell this unrest quickly and in a timely manner,” the DA said.

“Under no circumstances can we allow this to happen again. Cele must immediately ensure that enough police are deployed in the affected areas and that any sign of illegal behaviour is dealt with immediately and decisively.”

Meanwhile, a video on social networking site Twitter showed people wading through the high flood waters carrying items they have seemingly taken from containers which had been toppled over by the raging waters.

KwaZulu-Natal police, however, could not immediately comment on the allegations of looting.

EThekwini's disaster management unit is on high alert after heavy rains that have been battering the city since the weekend.
News
2 months ago

The KwaZulu-Natal education department has advised that schools situated in areas that are affected by the flooding should not operate on Tuesday.
News
2 months ago

LISTEN | No more extreme weather, but keep an eye out for continued localised flooding — Weather SA

As heavy rains wreak havoc in parts of KwaZulu-Natal, scenes of collapsed roads, sinkholes, flooded homes and washed-away infrastructure stream onto ...
News
2 months ago
Next Article