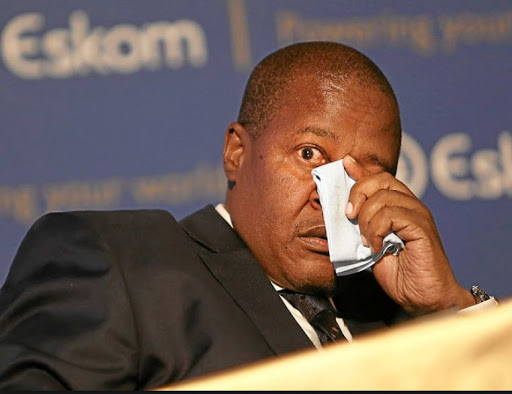 Former Glencore chief executive Clinton Ephron has described two meetings with Eskom in which the utility's then acting boss Brian Molefe shut down any possibility of renegotiating a coal supply contract with Optimum Coal.

This came after a lengthy period of negotiations in 2014 between Optimum and Eskom through which an addendum was put in place that would see Eskom increase the price it would pay for Optimum's coal to the cost of its production. The addendum would be in place until 2023.

However‚ Molefe‚ who has widely been implicated in state capture‚ was appointed as Eskom's chief executive in 2015.

Clinton Ephron has detailed to the state capture inquiry how its Optimum coal mine tried to renegotiate its contract.
News
3 years ago

Testifying at the state capture inquiry on Wednesday‚ Ephron said after numerous attempts a meeting was set with Molefe on May 18 2015.

It was a very brief meeting. He said to me that Eskom would not be amending the terms of the coal supply agreement and that it would continue to enforce its rights in terms of the contract‚" he said.

Asked how he felt‚ Ephron simply said he was "devastated".

"We had been down a long period of negotiation with Eskom and there was a significant amount of history regarding the negotiation. We had got to the point where we felt we had reached some sort of conclusion‚ only to be stonewalled at that point of time‚" Ephron said.

The SACP has criticised its ally, the ruling ANC, for taking a decision to unbundle Eskom.
News
3 years ago

In a subsequent letter to Molefe‚ Ephron said Optimum outlined the financial situation the mine now faces. Optimum had by then exhausted about R2.5bn from the banks and required R100m a month to continue operating.

Another meeting was scheduled with Molefe on June 11 that year.

"Again we went to try and discuss and see if there was a way forward. It was the same response‚ that Eskom is not willing to negotiate and that the contract is in full force. It was a stonewall negotiation. It wasn't a discussion‚ it was a position‚" Ephron said.

Molefe apparently did not provide reasons as to why Eskom would not negotiate the coal supply agreement.

Glencore placed Optimum into business rescue in August 2016 after Molefe refused to renegotiate the price of the long-term supply contract and reinstated a disputed R2.17bn penalty that Optimum was said to owe for supplying substandard coal.

This was at the time the Gupta family was actively lobbying for the purchase of Optimum through their company‚ Tegeta Exploration and Resources.

Tegeta needed about R650m to buy Optimum. Eskom agreed to give Tegeta R659m as prepayment for coal‚ their reason being that Tegeta needed money upfront to meet production requirements. But it is believed that the money may have been used to purchase Optimum.