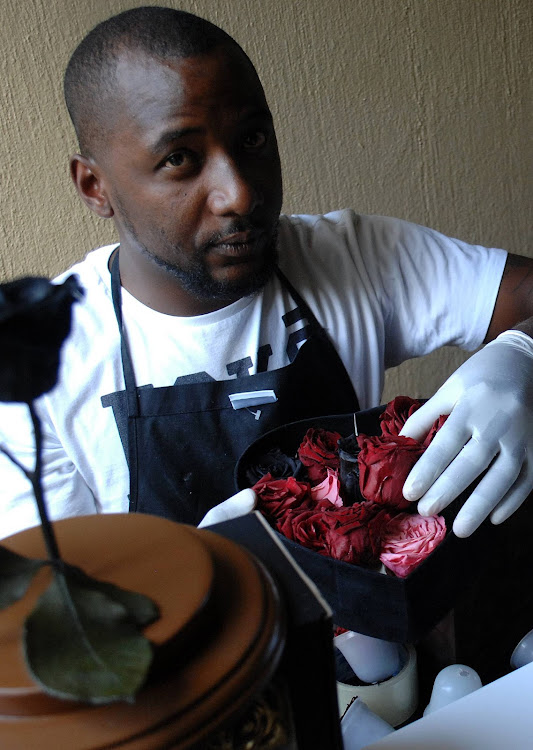 Sechaba Mokoena failed his matric twice but never gave up on his dream to succeed as a businessman.

Mokoena, 29, from Diepkloof, Soweto, is now living proof that perseverance does pay.

He is an IT specialist by day, and owns a successful and profitable floral shop in Randburg, northern Johannesburg, which sells long-life flowers online.

He said despite failing his matric in 2009 and 2010, he never lost hope of succeeding in life. “I knew I had to pull my socks up because I was from a child-headed household and I had to support my three siblings,” said Mokoena.

He said he took courage and went back to school after failing twice and pushed himself to rewrite until he passed.

He said he was failing because he could not cope with all the responsibilities – but he finally gave it his best shot.

“I then went further by studying for a diploma in information technology at Ridgefield Institute and got a job as an IT technician,” he said.

He grew up living with his father after his parents separated when he was young. 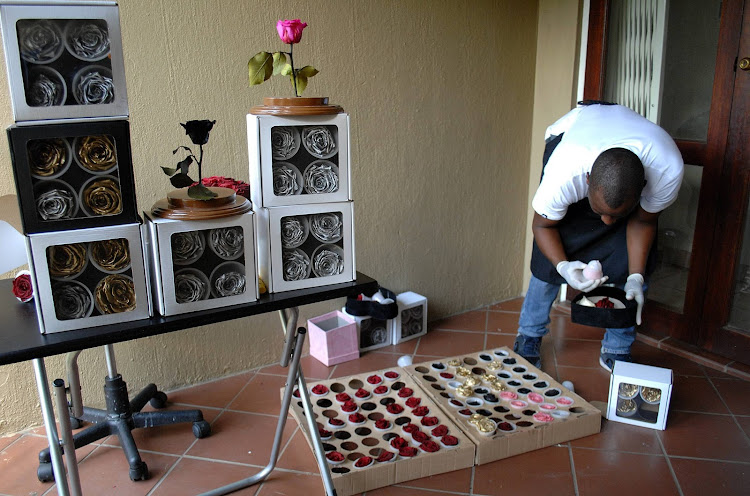 Mokoena failed his matric twice but never gave up on his dream to succeed as a businessman.
Image: Ziphozonke Lushaba

Saying it with beautiful flowers is good business

It's all about 'one stem at a time'.
Good Life
3 years ago

“I helped my siblings go to tertiary and paid for their school fees because my mother was unemployed,” he said.

Mokoena said stepping into his father’s shoes was not easy but being the eldest left him with no choice.

“My father focused on his own things and I had to forget that and be the bigger man.”

Mokoena said he saw a gap in the market for long-life flowers in SA.

“So I did my research in plants processing and found methods to preserve flowers that are processed after realising that most suppliers were only selling fresh flowers that didn’t last long.”

Mokoena said his roses were freshly picked and dyed to the customer’s favourite colour then sprayed with chemicals to give them long life.

“The flowers are grown from a little flower farm in Muldersdrift then transported to the workshop were I process them with chemicals and store them before deliveries.”

Mokoena said preservatives he used could keep flowers “alive” for up to two years. “I saw the need to keep flowers lasting long to save clients money because you can only buy the roses once in two years and have the same fresh smell and glow in their lifespan.”

The boxed roses come in metallic silver and gold colours on order, and cost between R400 to R1,400 depending on the size of the order.

“My love for flowers came from my interest in fresh smells and perfume. I started the business with only R15,000 from my savings and took a leap of faith to build my own empire.”