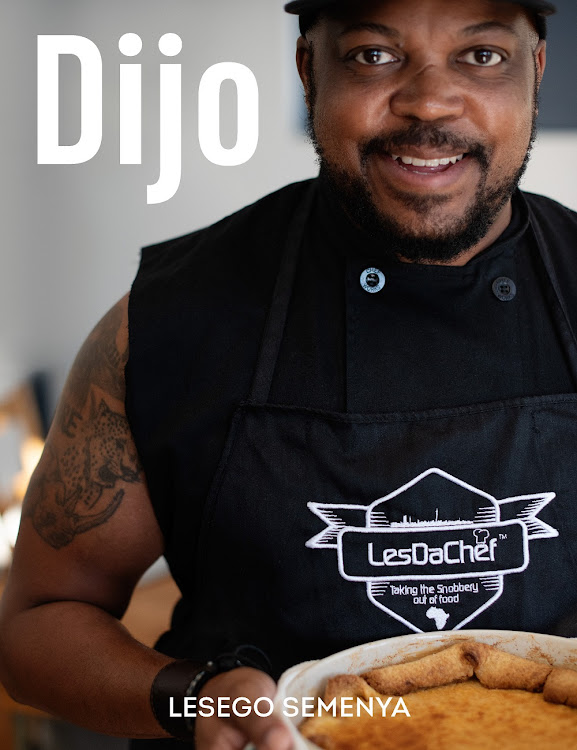 Lesego Semenya turned his back on his job as a process engineer in 2008 to complete a grande diploma in food and wine. The 36-year old,who was diagnosed with mild depression at the time, was not happy. “I realised my passion lay in a career that would allow me to use my creativity and my hands. I wanted to start my own business,” he says.

Today, the Soweto born chef has started his own business, amassed a dedicated social-media following, and released his debut cookbook, Dijo. “I decided to release Dijo now, as I felt there was a place for it in the market as more young urban South Africans get back into appreciating local cuisine,” he says.

In his quest to become one of the country’s foremost chefs (having appeared on TV shows as a judge, and winning numerous accolades), LesDaChef, as he is known, is determined “to remove all the snobbery” from food.

Semenya trained at the Prue Leith Chefs Academy,and he now wants to showcase the food we grew up with and our heritage in an accessible and beautiful manner, but with a twist.

Enter Dijo: My Food, My Journey, which — with its beautiful imagery of food,street life, and African dishes — is an ode to the way of life from which Semenya gained his inspiration. 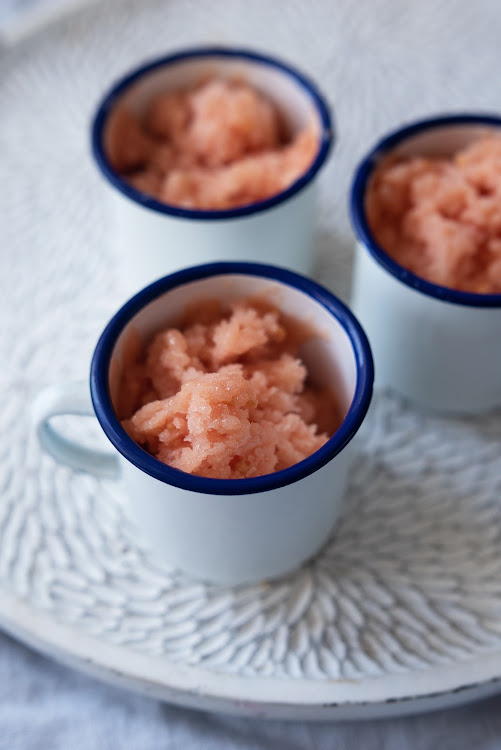 Guava Granita with a Kick

If you’re familiar with the streets of Johannesburg or have children, then there is no way that you don’t know about the obsession we have with frozen guava juice.I decided to fiddle around and come up with my own version. This one isn’t child-friendly though, so keep it far away from them! If you can’t find Limoncello,replacing it with lime-infused vodka will work too.

a pinch of salt

In a blender, blend the fruit with the Limoncello, salt and sugar. If the guava you’ve bought is a bit dry, add a few tablespoons of water until the blend is about as thick asrunny yoghurt. Pour the mixture into a shallow freezer-proof pan for freezing. Metal pans work best. Freeze the granita for 45 minutes.

Using a fork, scrape the partially frozen granita about every 30 minutes to break up any large chunks. Repeat this step three times over the course of freezing. Allow the granita to freeze for a total of 4 hours before serving. 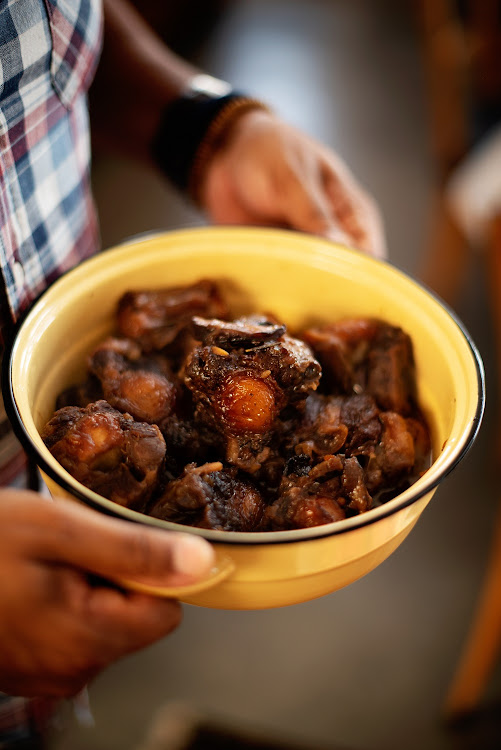 I’ve yet to find a meat lover who doesn’t love oxtail. There’s something about this sticky, savoury, and somewhat sweetish taste. The supermarkets have realised this and have priced oxtail so insanely high it makes one want to weep. If you can, I suggest you buy oxtail from a butchery.It will be much cheaper. This recipe is a twist on a recipe we used to serve at the Westcliff hotel nine years ago. The recipe uses lemongrass. Please try to find some:it does make a difference. Also try to use treacle sugar (that thick, dark brown, sticky sugar) and real beef stock, not stock cubes.Trust me, you’ll know why when you sit down to enjoy it.

500g shiitake mushrooms(if you can’t find any, brownmushrooms will do) 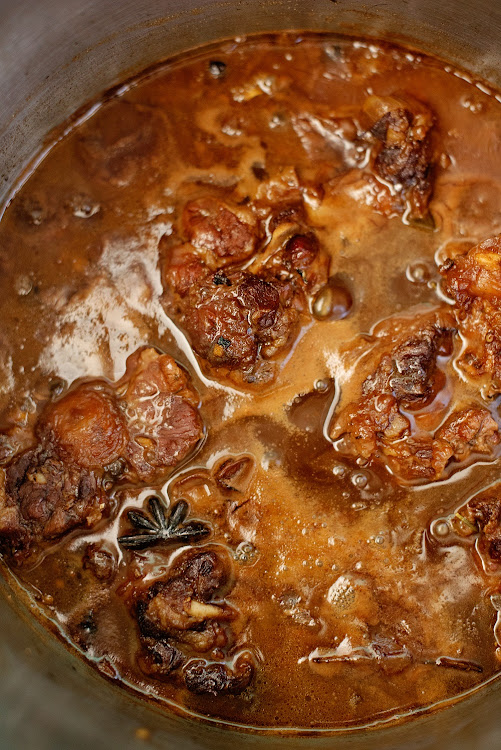 Heat a deep pot, and add the oil. Once hot,throw in the oxtail. Add the rice wine and allow it to simmer for a few minutes to burn off the alcohol. Wait until it reduces to a thick syrup. Throw in the mushrooms and the rest of the ingredients, except the stock.Stir, and allow to brown a bit. Pour in the stock, reduce the heat to low and leave to simmer for three hours. With a ladle, scoop off the fat and scum that will bubble to the surface every half hour. If the stock reduces too much add more. Note: I’ve found that this recipe tastes better the next day after it has rested in a fridge.