Saying it with beautiful flowers is good business 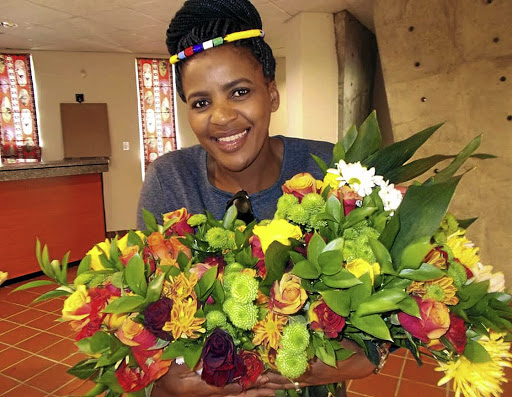 Slindile Ngono, the owner of Enhle Creations, says flowers are an extension of her personality as she likes authentic things.
Image: INSTAGRAM

A bountiful bouquet of flowers bursting from a box were the first glimpse of an Enhle Flora creation that I ever saw.

I knew then and there that I had to get to know the person behind the wonderful arrangements I spotted on social media.

The creative behind the arrangements is Slindile Ngono, the owner of Enhle Creations, the parent company of Enhle Flora. Enhle Creations is an event planning and interior decor company.

The 35-year-old named her company after her first-born daughter Mpiloenhle.

We meet at a busy eatery in the northern suburbs - she has come straight from church with her younger sister and infant daughter in tow.

Ngono, an avid churchgoer, mentions that she is very involved in church activities, decor and floral arrangements in particular.

After her work at church events was recognised, she was approached by a couple who wanted her to do floral arrangements for their wedding.

"It was my first florist job... even then I didn't think that I would make a business out of flowers until a friend of mine who I had gone to varsity with asked me to send flowers to his wife," she says.

It was from that order that the idea of Enhle Flora was born.

The company has a working space in Douglasdale. Previously they had a walk-in store in Blackheath, Randburg, but it became too expensive to keep going.

Most of the company's orders are via social media, with word of mouth doing wonders for the business.

Ngono employs two women who assist with preparing the flowers while she buys the flowers from the market, arranges and delivers them. She often hires extra help when she has a wedding or a large function.

Her husband, a web developer, often assists with delivering and transporting staff to the the various events they work on. Ngono says he has become very knowledgeable about flowers, as has her 13-year-old daughter.

"What sets me apart from a lot of other florists is that I love flowers. It can take you only 10 minutes to put together a flower arrangement for a wedding but it can take me 30 minutes because I really put my heart into it."

The businesswoman is originally from iMbali in Pietermaritzburg. We both remark on how auspicious it was that she ended up being a florist from a hometown that literally means flower.

She has plans on holding a masterclass on being a florist in her home province, believing that patience and passion are essential in the florist business because it's "one stem at a time''.

"I think it's the right time for the events and decor industry and there's never been a time better than now. 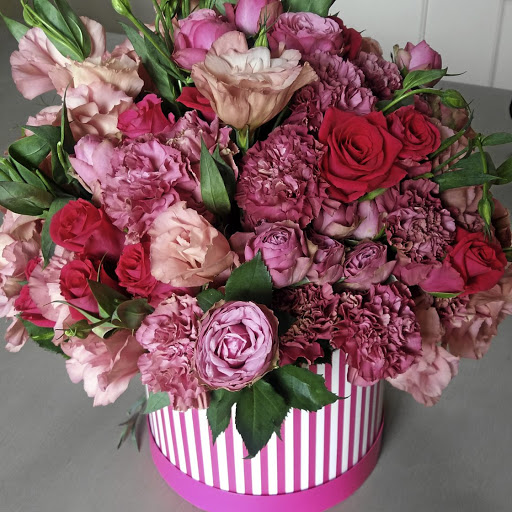 One of the boxes that customers can order from Enhle Flora.
Image: SUPPLIED

"You can order your flowers to be delivered in a basket, box, as a loose bouquet or with a vase."

Her prices range from R100 upwards; it depends on how big you want to go.

"I think the box became very popular because there's something about a box that makes you think gift," she says.

Ngono prides herself on her distinctive and unique personality, mentioning that she's always had a flair for fashion and styling, which she credits for her creativity when it comes to her business.

"I also say flowers are an extension of my personality. I like authentic stuff."

When asked what kind of a bouquet she'd make to celebrate a strong woman in a person's life she had this to say: "If this was when I was younger, I would have said a red rose because there's nothing bolder - but now I would say delicate pink flowers are best because I've learnt that even strong women are soft, and sensual and beautiful and sweet."

Ngono becomes extremely animated when she talks about her daily duties and how receiving client's orders makes her feel.

"The messages on the cards are to die for, sometimes cheesy, but beautiful and sincere."

She then tells me tales of deliveries she's made.

"There's a young husband who has flowers delivered to his wife's office religiously. And a woman who has weekly arrangements delivered to her late brother's house."

Ngono tears up as she mentions that she lost a brother in 2016, saying that every time she makes the above delivery she remembers her own brother.

She went on to say that she feels connected to the people she's met through her work and she feels like she's a part of their special moments, such as weddings and reunions.

Sihle building brand of his brew

Barista with love for cups of coffee.
Good Life
4 years ago
Next Article