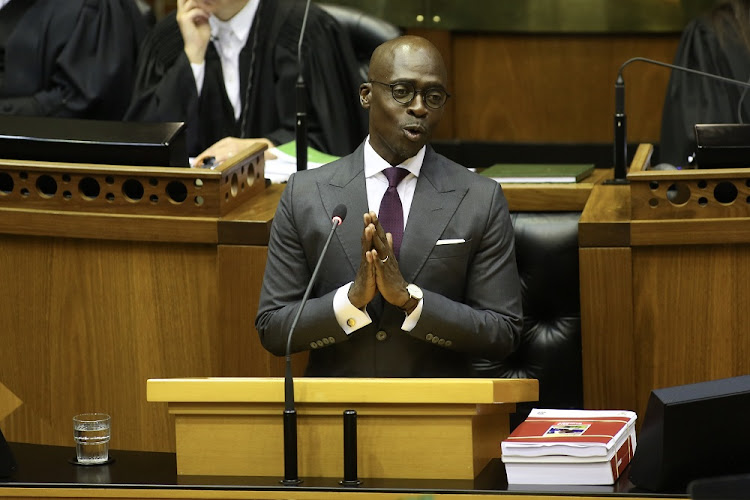 Expect to tighten your belt over the next two months as you are likely to pay more income tax as well as tax on everything from your groceries to your travel costs to your vices.

Presenting his inaugural Budget in Cape Town today, Finance Minister Malusi Gigaba described it as “a tough but hopeful budget” comprising of “difficult but necessary trade-offs”.

The Budget proposes an increase in VAT from 14% to 15% as well as increases to the General Fuel Levy and the Road Accident Fund, meaning that 52 cents per litre of fuel you buy will go to tax.

The increase in VAT, which was last adjusted in 1993, will boost public coffers by R22.9-billion.

South Africans pay VAT at a rate lower than the global and African averages, according to National Treasury.

Gigaba said the proposed increase, which will be effective from April 1, was “absolutely necessary” and was not taken lightly.

While a hike in VAT will increase the cost of living for all households, the rich will be the hardest hit: Treasury says the wealthiest 30% of households contribute 85% of VAT revenue.

The impact on the poor will be partially offset through zero-rating of basic food items and paraffin, and above-inflation increases in social grants, Treasury says.

The increases in excise duties on alcoholic beverages and tobacco products – also known as “sin tax” – will bring in more than R1.3-billion in revenue.

The cost to you, the consumer, will be a nominal increase of 8.5% in excise duty on tobacco products and between six and 10% on alcohol.

The current excise duty on malt beer, ciders and alcoholic fruit beverages is R86.39 a litre; this will increase to R95.03 a litre, which is a nominal increase of 10%.

Also expect to pay more for cars, cellphones and other luxury goods which attract ad valorem excise duty, which is a tax levied on commodities as a percentage of their value.

The ad valorem excise duty on motor vehicles will increase from 25% to 30% from April 1.

In terms of direct tax, the minister may not have upped the income tax rates or introduced new rates for the wealthy, but he is probably going to squeeze more income tax out of your pay packet no matter what you earn.

The only people who won’t pay more tax are those earning below about R420 000 a year (about R35 000 a month), who received an increase at the beginning of the year of around 3%.

If your increase was higher, the increase in your income will probably result in you incurring more tax than last year.

Your income is more highly taxed as you earn more – different rates apply to different brackets.

Malusi Gigaba has warned that some government departments are at risk of breaching their ceilings for salaries of public servants.
Business
4 years ago

To ensure that the purchasing power of your money remains the same from one tax year, the government needs to adjust the income-tax brackets and the tax threshold below which you pay no tax to account for inflation.

If National Treasury doesn’t do this, it allows what is known as fiscal drag or bracket creep.

By not adjusting the top four tax brackets, Treasury has deliberately allowed fiscal drag to occur in order to raise more revenue to plug the hole in its budget.

This fiscal drag will cost all income tax payers an estimated R6.8-billion in the next tax year, the Budget Review reveals.

The highest income earners have since last year had to pay tax at a rate of 45% on some of their earnings.

From March 1, taxpayers earning more than R1.5-million will pay this highest rate on earnings over this threshold.