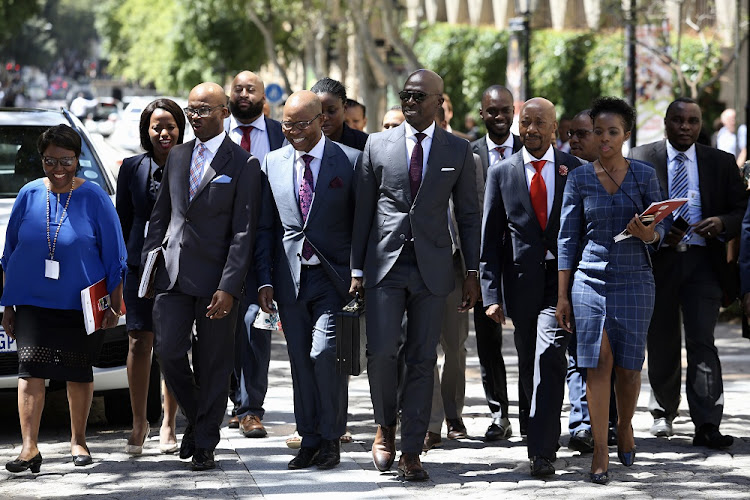 A government-conducted property audit has revealed that the state owns 195 000 properties with an estimated value of R40-billion.

And now it plans to tap into that resource as it searches for money to recapitalise state-owned companies that have for the last few years struggled to stay afloat without the help of the National Treasury.

This was revealed by Finance Minister Malusi Gigaba during his presentation of this year's national budget before the National Assembly on Wednesday.

He said the government property audit had been conducted by the department of public works‚ which manages government buildings and other property assets.

Gigaba said government was considering using the asset value of those properties to raise money to bail out some SOCs.

Malusi Gigaba has warned that some government departments are at risk of breaching their ceilings for salaries of public servants.
Business
4 years ago

"In the coming year‚ government may be required to provide financial support to several SOCs which could be done through a combination of disposing of non-core assets‚ strategic equity partners or direct capital injections.

"In his regard‚ a property audit conducted by the department of public works shows that national government owns up to 195‚000 properties‚ with an estimated value of over R40-billion.

"We will work with them on a programme to better utilise or dispose of these properties in the short to medium term‚" said Gigaba.

"Government is finalising a framework on guarantees aimed at both reducing the exposure and improving the quality of the guarantee portfolio."

The move could draw the ire of public sector unions and other stakeholders such as economists and political parties.

Gigaba and his director-general‚ Dondo Mogajane‚ said the possible sale of the Telkom shares was still on the table.

"Government recognises that the business models of some SOCs are unsustainable‚ and their capital structures too lenient on debt.

"To confront these issues‚ we will assist them to develop and implement robust turnaround plans…some will require restructuring with equity investment."