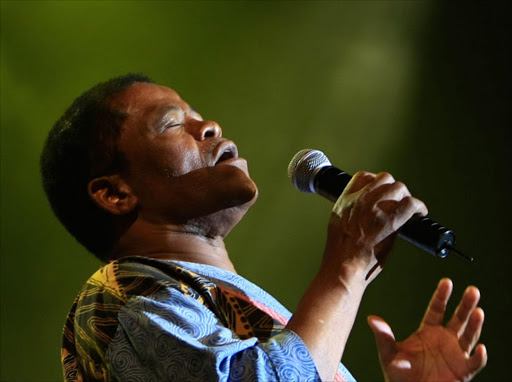 It’s very rare for South African musicians to be honoured while they are still alive.

But this is what will happen with Ladysmith Black Mambazo founder Joseph Shabalala.

The KwaZulu-Natal government is pulling out all the stops for the ailing 76-year-old.

Shabalala will on Friday and Saturday be honoured at a two-day inaugural Amagugu Esizwe (Jewels of the Nation) event‚ which recognises legends who have played a significant role in arts‚ culture and sport in the province.

The event‚ to be held at the Alfred Duma Municipality in Ladysmith‚ will also see the unveiling of a plaque at the Klipriver High School‚ to be named after Shabalala.

Festivities will also include a fun walk and music festival in honour of the founder of the world-famous a cappella group‚ which was described by former president Nelson Mandela as South Africa’s “ambassadors of song”.

Ladysmith Black Mambazo‚ who have shared the stage with the likes of Stevie Wonder and Dolly Parton and have three Grammy awards to their name‚ gained worldwide prominence in 1987 after their collaboration with Paul Simon on the award-winning album Graceland‚ which produced hits such as Homeless and Diamonds on the Soles of her Shoes.

Artists who are expected to perform at the music festival include Mambazo themselves‚ popular gospel artists Hlengiwe Mhlaba and Thobekile and maskandi musicians Khuzani‚ Mjikijelwa‚ Amageza Amahle and Phuzekhemisi.

“The main focus of this event is for the KZN government to honour Dr Shabalala while he is still alive. It is important to always recognise‚ respect and commend the strides made by our home-grown legends‚ said Arts and Culture MEC Bongiwe Sithole-Moloi.

“Dr Shabalala has influenced Isicathamiya‚ a genre that speaks to may South Africans. He has inspired the singing style of numerous groups‚ achieved international stardom‚ found ways to contribute to the empowerment of his community yet remained humble throughout. We applaud this remarkable man.”