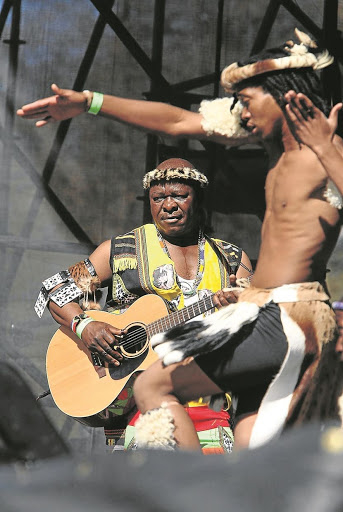 Maskandi star Phuzekhemisi Mnyandu said he had to honour a performance just hours after his son was killed.

Phuza, as he is affectionately known, was booked to perform at an event in Mgababa in KwaZulu-Natal, on Sunday.

The musician told Sowetan yesterday that his son Magugu Mnyandu was hit by a car while crossing a main road in Durban on Sunday.

Magugu, 22, was en-route to meet his father and the rest of the band for a performance.

"I could not believe it when I got a call to rush to the scene. My son had visited his mother's family to bury his uncle and we were supposed to meet for a performance in Mgababa."

"I'm sure he was crossing the freeway rushing to meet us, but he never arrived. My son died on the scene because he sustained head injuries. This is the most terrible thing to happen to me."

Mnyandu said he waited for his son's body to be taken to the morgue before he could go to the scheduled performance.

He said it was difficult for him to perform but the show had to go on.

"It was the most difficult thing to do for me and the band. We had to perform but it was difficult. This is a difficult time for the whole family."

Mnyandu said what hurt most was that his son was doing his final year in accounting at University of South Africa (Unisa).

Magugu was also a backing vocalist and a dancer, having graduated into the band three years ago.

Mnyandu added that Magugu will be buried this weekend in Mkhomazi, KwaZulu-Natal, where they originally come from.