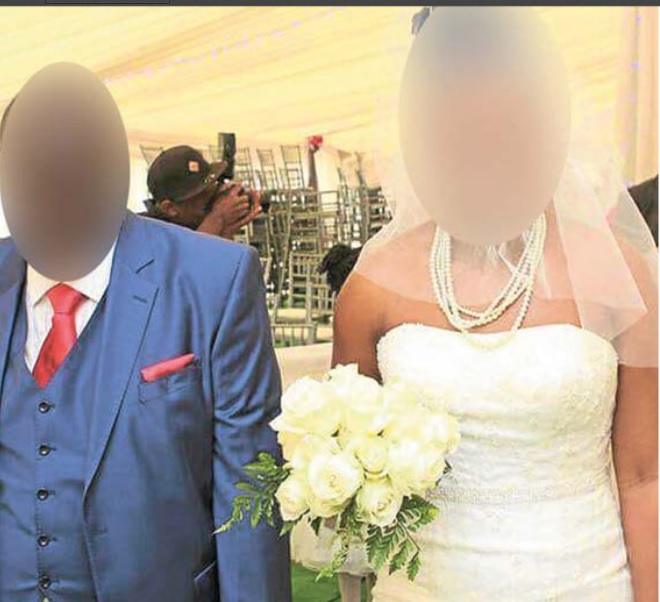 The couple were married in a lavish wedding ceremony four years ago.

A senior government official who suffered a mental breakdown was admitted to a psychiatric institution after an online sex video with her lover was leaked on social media.

In the video, which has since gone viral on Facebook and Twitter, the married woman could be seen playing with herself while on a video call with her lover.

The woman, who is a manager at one of Limpopo's provincial departments, could also be heard talking dirty to her boyfriend and in one instance asked how he would like to have sex with her.

The video also shows, at the bottom of the screen, the naked man on the other side of the line who strokes his manhood and teases the woman about how he will satisfy her when they finally meet to have sex.

He also promises to have sex in a position that she said she had not tried before.

The video clip appears as if the woman was calling from her home as she was sitting on a couch with curtains and a kitchen in the background.

It ends when the bespectacled woman, who was clad in a bathroom gown, appears to have reached the big O as she screams with pleasure.

When Sunday World contacted her for the first time last week, she asked to be called back after three hours as she was not in a good state.

On the second occasion, she said she would talk about her embarrassing ordeal when she was ready.

Another attempt to interview her this week yielded no result.

"I have just taken my medication and I need to rest," she said before hanging up.

A few minutes later, another woman called this reporter back from the woman's phone and pleaded that the story be held back.

Business tycoon Lebo Gunguluza and his wife Lebo Mokoena have put on a united front after their sex tape was leaked on social media this week. The ...
Entertainment
5 years ago

"Please wait for the dust to settle down and then you can write the story," said the woman, who refused to identify herself. The woman's husband, who is a trained lawyer and also works in the same department as his wife, declined to comment. "I am busy right now, I can't talk," he said.

Asked what time he would be able to take the call, he said: "Don't ever call me again."

According to the couple's friends and colleagues, the two got married in 2014 during a lavish ceremony that saw them being airlifted in a chopper to their reception.

A counsellor who helped the woman deal with the trauma when the saga started about three weeks ago, said the woman's troubles started when the lover demanded money from her.

The counsellor, who did not want to be identified, said she was called in to assist the woman after the lover threatened to leak the video if his cyber girlfriend did not give him $10 000 (R135000).

She said the government official was not aware her lover was recording their video sex calls. When the woman could not raise the money extorted from her, the counsellor then accompanied her to her home and in-laws to break the news before the video could be leaked.

She suffered a depression episode when the video was finally made public by the man.

Tlaka warned people to think twice before victimising anyone by using explicit materials they shared between each other in happier times.

"Many people who have found their intimate images online have come to experience shock, grief and increasing levels of shame."

In terms of the proposed new law, no person may post private photos or videos on the internet without consent, or with the intention of causing individual distress. If passed, offenders could face up to two years in jail or a fine of up to R150000.