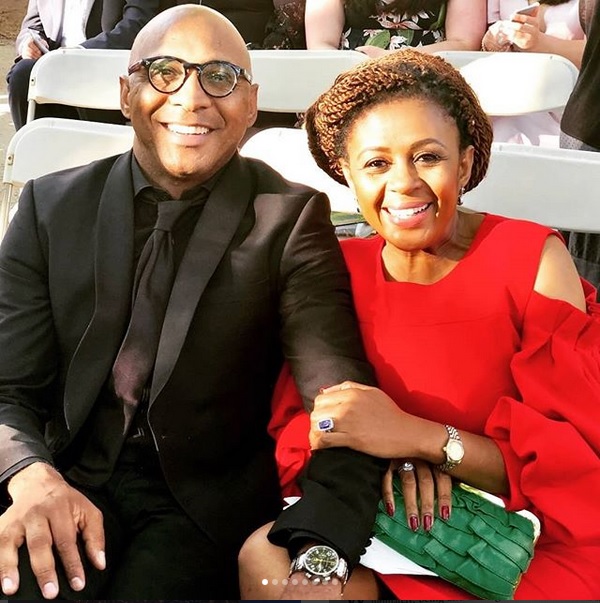 Power couple Basetsana and Romeo Kumalo have for the first time in a lengthy statement broken their silence over scathing social media allegations made about their marriage in the last two weeks.

The couple is taking legal action against an author who allegedly started a social media rumour that they appeared in a gay sex tape.

They have slammed the allegations as "false and defamatory". They also state that the malicious allegations have not only caused them personal, emotional and professional harm; but have also affected their children.

Furthermore, they clarified that the reason that they have remained silent on the matter has not been because there is any merit or truth in these allegations.

The couple revealed that they have laid criminal charges and applied for protection orders against those responsible.

Read the statement in full, below:

Right Of Reply: Social Media Allegations Made Against Basetsana And Romeo Kumalo

Our marriage and personal lives have been the subject of vicious social media attacks over the past week.

We issue this statement in response to those false and defamatory allegations. The allegations allude to a sex tape which does not exist. The source of the allegations is an author whom we have never met, spoken to or had any dealings with. We can only deduce for reasons which remain unclear, that the motivation behind these unfounded and salacious rumours was nothing but pure malice, and perhaps an attempt by the author to create publicity and boost her book sales.

The harm caused on a personal, emotional and professional level has been immeasurable. Moreover, the malicious spreading of fictious rumours has caused enormous emotional harm to our children – who we have always tried to keep out of the public spotlight.

It has been enormously challenging to remain silent over the past week. Our silence thus far has not been because there is any merit or truth in these allegations – but simply because we have been so deeply shocked and hurt by the salacious content and manner in which it has been recklessly shared and spread.

But today is when we break the silence. We feel it is our duty to take a stand – both against the individuals involved in spreading these baseless allegations and also, against all those keyboard warriors who so swiftly jump on the bandwagon to share harmful content about others – without considering the long-term harm this can cause.

We have sought legal counsel and have laid criminal charges of crimen injuria and are applying for Protection Orders against those responsible. The defamatory content has also since been picked up by mainstream media, and we are considering other legal options available, including laying a complaint to the Independent Media Ombudsman.

It is our hope that in taking a public stand against this type of malicious and reckless behaviour, we will send a strong message to all those who regularly and carelessly share false and harmful information about others without fact-checking or considering the tremendous harm to be caused on a personal, professional and reputational level.

We would like to thank all of those who have stood by us throughout this very challenging period.