Why stand by a cheating partner? 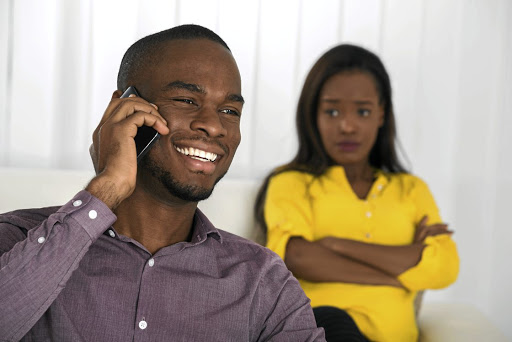 To save a relationship, both partners must be prepared to seek counselling, otherwise there's no point. / 123RF

Most women were fuming at Hilary Clinton when she chose to stay with former US president Bill Clinton back in the day after the Monica Lewinsky scandal.

The evidence was overwhelming: the stained blue dress, the cigar and most importantly - Bill Clinton's confession. How could she stay with a man who publicly humiliated her like that?

Well, the two are still going strong. Hilary's stand-by-your-man stance seemed to inspire a lot of celebrity women who all chose to stand by their men despite the rumours - and sometimes overwhelming evidence - of their indiscretions.

We were all shocked when screen grabs from Kevin Hart's sex tape emerged, showing him doing the mambo with a woman who was definitely not his wife, Eniko, who was heavily pregnant.

Despite the media circus that followed and Hart's video that he posted on Instagram apologising to his wife and family, she chose to stay with him and even walked around proudly showing off her wedding ring. Although she has never publicity addressed the issue, her demeanour said it all - she wasn't going anywhere!

While we may be baffled by spouses who chose to stay in the marriage despite their partners' philandering ways, counselling psychologist Kefilwe Sekhibidu says that spouses staying with their celebrity cheating partners is expected.

"We must never underestimate the pressure that comes with dating someone in the spotlight. It comes with the territory," Sekhibidu said.

"So most of these women develop a very thick skin against all of that, that they will never allow those who want their relationships/marriages to fail to win despite cheating scandals.

"This often leads to the issue not being resolved and no psychological interventions being done to salvage the marriage, which inevitably leads to divorce," Sekhibidu says.

Can love be written in the stars?

Ever heard the phrase "star- crossed lovers", or those who say their love was written in the stars?
Good Life
4 years ago

Are people who choose to stay with a cheating partner foolish? She says that choosing to stay with a partner who cheated is a personal choice and whatever decision one reaches, should be respected.

"With marriage, the stakes are sky high and a lot of people tend to not only think of the financial ramifications of divorce but the children and blended families.

"It really isn't as easy as packing a bag and leaving, so I think society needs to be a little empathetic about all these things."

That said, Sekhibidu says one should not allow multiple cheating episodes from their partner without having a serious intervention.

"People cheat for various reasons - some just want an excuse out of the relationship. It is important to address this and see if the relationship is worth salvaging or if you really are flogging a dead horse.

"Burying your head in the sand will only prolong the inevitable. Either you choose to both work on the marriage by seeking counseling or there is no point being together."