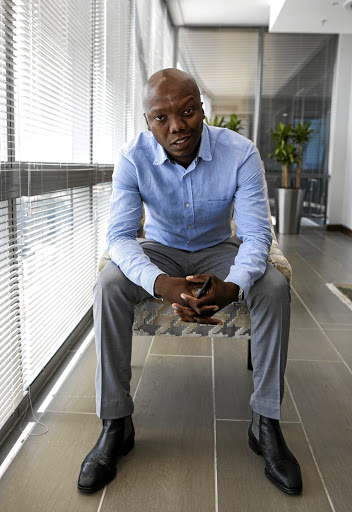 Radio and TV personality Thabo "Tbo Touch" Molefe has been touched with a R1.3-million lawsuit by a Joburg production and marketing company for allegedly failing to pay for services rendered to him and his companies.

Tbo Touch, his digital radio station Touch HD and Marketing, and Touch Central Marketing and Media House, were earlier this month jointly dragged to the South Gauteng High Court in Joburg by JB Media Connection for failing to pay it more than R1.3-million.

Touch Central Marketing and Media House is the first respondent while Touch HD and Marketing and the former Metro FM DJ and LiveAMP presenter are the second and third respondents respectively.

According to court papers seen by Sunday World, JB Media signed multiple media contracts with Touch Central Marketing and Media House to provide ongoing production and marketing services to it and its affiliated ventures.

Among others, JB Media created and displayed outdoor signage advertising at certain strategic locations between April and September last year.

Conco's arrears have exceeded sum of R24000.
News
4 years ago

"The first defendant would pay the plaintiff for services, in accordance with the agreement and interest would be payable on all overdue instalments at the prime commercial overdraft rate charged from time to time by the Standard Bank of SA Limited, from the due date of payment," read the papers.

JB Media said in its court documents that Tbo Touch and his companies breached the agreement by failing to timeously and punctually pay and as a result were R1382642.12 in arrears as of April 26 this year.

After allegedly ignoring repeated requests to settle the arrears, JB Media took them to court.

It is now demanding they pay the money with interest as well as the costs of the lawsuit.

JB Media Connection lawyer Megan Harrington-Johnson confirmed they had filed a lawsuit against the trio. "In fact what they owe us is R1.7-million," she said.

Repeated attempts to get Molefe's comment drew a blank.

Computer company taken to court for debt.
News
4 years ago
Next Article