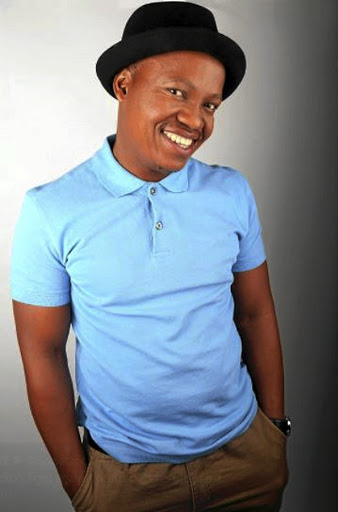 Tshepo Maseko tells why he refuses to pay lobola./ Supplied

Former Isidingo actor and charity donor Tshepo Maseko left his baby mama's family hanging after he allegedly reneged on his promise to pay lobola for her in 2008.

Instead, it is alleged the popular TV actor who played popular character of Parsons Matabane on Isidingo later dumped the woman by playing her a 1990s rock hit song, It Must Have Been Love, by Roxette.

While the family was waiting for his elders to come, Maseko allegedly returned five years later, not to negotiate lobola, but to ask for his daughter to be a flower girl at his wedding to another woman.

These and other juicy details emerged this week after Maseko and his baby mama got involved in a papgeld dispute over their 12-year-old daughter.

The woman cannot be named to protect the identity of the minor child that was born after they met and started dating in 2004.

Maseko allegedly refused to pay for his child's school uniform and stationery this year because his baby mama cut short his time with his daughter during the festive period.

The IT specialist ex said: "The only thing that he pays is school fees, but he does not want to pay for school uniforms, stationery and other items. He is doing all this while he buys everything for his other kids; they are going to expensive schools."

"When I asked him why he was playing a sad song, Tshepo just said to me, 'I hope you understand what I'm trying to say to you. It's over'."

Maseko, following allegations that he was neglecting his child, also made counter accusations against his baby mama claiming that she had refused to allow his daughter to be a flower girl at his wedding to his current wife.

He also alleged that she had also rejected his suggestion for their families to have a meeting to share notes on how to raise their child.

According to Maseko, his baby mama responded: "I did not make a baby with your wife. Why should I have a meeting with your wife and my husband to discuss how to raise our child?"

Maseko's suggestion allegedly followed the mother's complaints about his decision to delegate his wife to be the point of contact whenever his baby mama needed anything for their daughter.

She said: "What kind of man instructs his baby mama to address their child's needs with his wife? That's just proof enough that he is arrogant. He is very disrespectful to me and I have to go after him before he can make any contribution towards our child's needs.

He said he had delegated his wife to interact with his baby mama because he respected his ex and his marriage.

"She is married to another man, and I'm married. Me speaking to her would have created issues in both our marriages, so that's why I decided to get her to deal with my wife on anything about my daughter," he said.

She also complained that Maseko does not allow their child to leave his house with the clothes and toys he buys for her.

A top South African diplomat is on the brink of losing his R2.5-million mansion in the Pretoria suburb of Lynnwood, due to a R350000 unpaid papgeld ...
News
4 years ago

Maseko conceded that he keeps some clothes and toys he buys for his daughter, because his baby mama was packing old clothes for their child whenever she had to visit him.

"I know you may not understand, but the other reason is because when my daughter visits us, we dress her in themes together with my other kids and that's why I keep the clothes at my house.

"Apart from that, my home is also my daughter's home," Maseko said.

Maseko said his family could not continue with lobola negotiations because he discovered things about her.

"Things did not work out between us, but my question is why is she only running to the media now? Why didn't she do that when it happened at the time?" asked Maseko.